© Licensed to London News Pictures. 28/09/2014. Rabia, Iraq. Spent cases from heavy machine guns are seen at a position used by fighters from the Syrian-Kurdish YPG as they fight with Islamic State insurgents in the town of Rabia, Iraq. 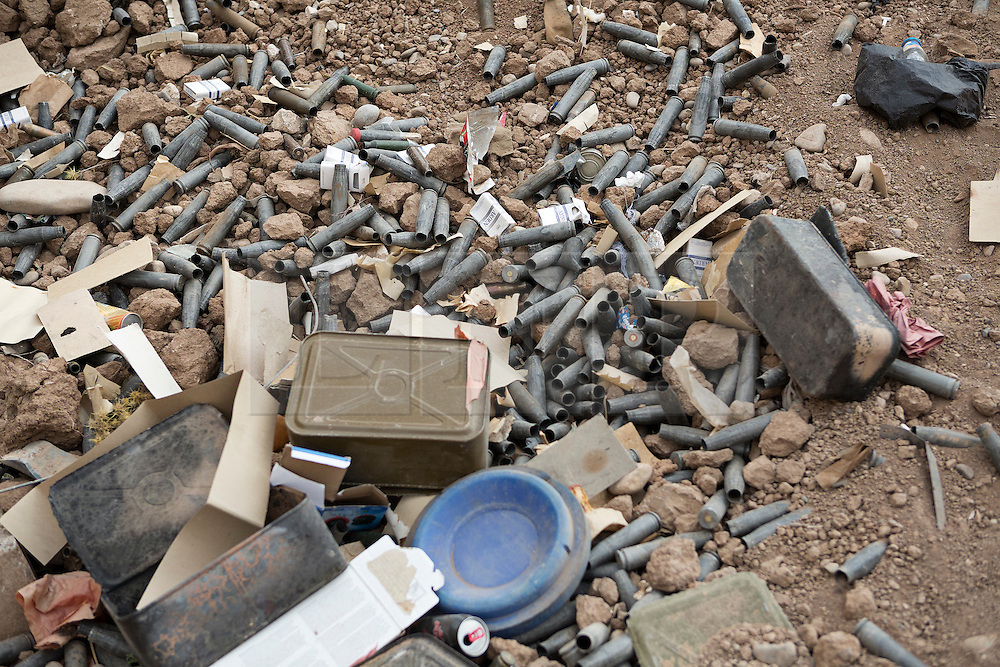