© under license to London News Pictures. 2010.12.13. High speed trains from Kent to St Pancras International have now been running for year. South Eastern trains said that 7.2 million journeys have been made on the Javelin trains since services began on 13 December 2009. The trains can reach speeds of up to 140 mph on the high speed track linking the Channel Tunnel with London. Picture credit should read Grant Falvey/London News Pictures 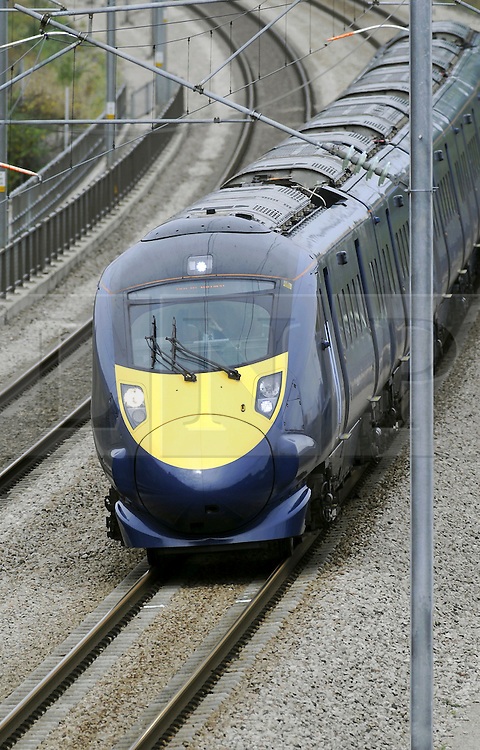