© Licensed to London News Pictures. 27/04/2014. Sulaimaniya, Iraq. Two young men fly the flag of the Patriotic Union of Kurdistan (PUK) political party and a flag bearing the face of Abdullah Öcalan, the leader of the PKK a Kurdish militant organisation that fights for Kurdish rights in Turkey, during celebrations in the lead up to the 2014 Iraqi parliamentary elections in Sulaimaniya, Iraqi-Kurdistan. 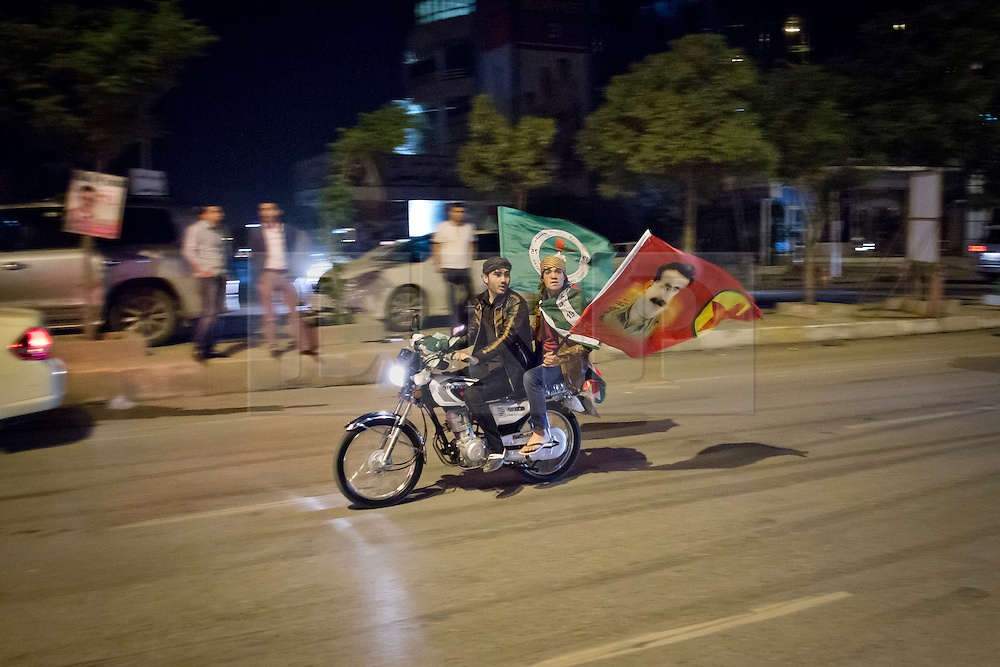