© Licensed to London News Pictures. 26/09/2017. Wakefield UK. File picture taken 09/07/2015 show the old flo sculpture at Yorkshire Sculpture Park. Henry Moore's sculpture Draped Seated Woman 1957, affectionately known as 'Old Flo' is being removed from the Yorkshire Sculpture park today after 20 years on public display at the park. The iconic sculpture was loaned to YSP by the London Borough of Tower Hamlets in 1997, after the Stifford Estate in Stepney where it had been located since 1962 was demolished. The sculpture will be returning to Tower Hamlets to be sited in a new home in Cabot Square, Canary Wharf. The return of the sculpture to London marks an end to a bitter political battle over Old Flo. In 2012 the disgraced former mayor of Tower Hamlets Lutfur Rahman, declared that it should be sold to raise £20m, that sparked protests & a court battle over who actually owned the sculpture. Tower Hamlets was confirmed as the legal owner in 2015. Photo credit: Andrew McCaren/LNP 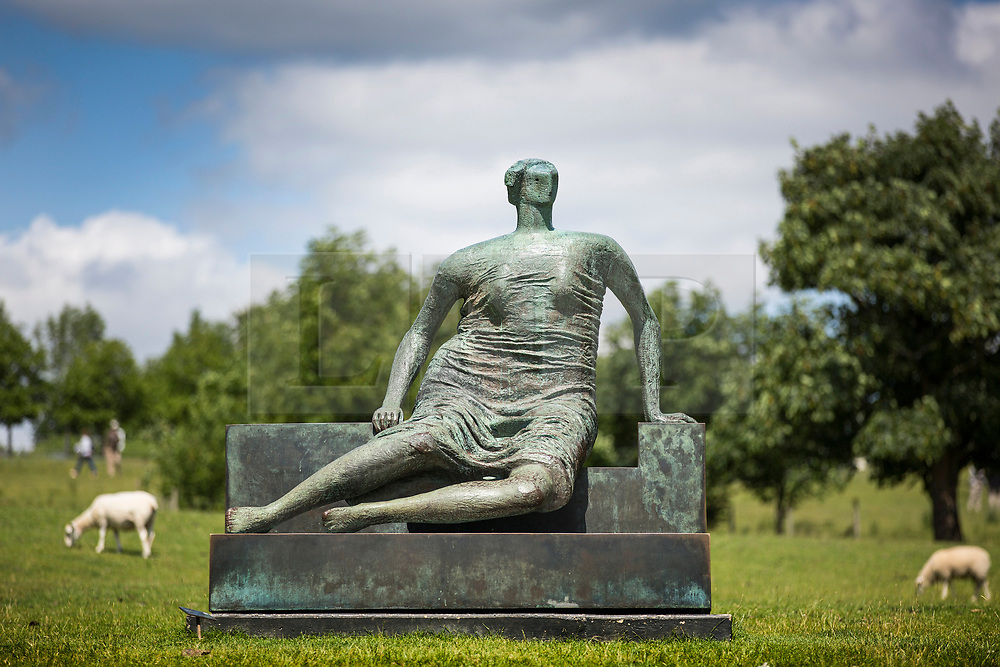