© under license to London News Pictures. 15/04/11. John Mathers was on his way to work when his Gilera motorbike went up in flames on Tottenham court road this morning. Thick black smoke could be seen bellowing from the scene. One appliance from London Fire Brigades nearby Euston attended extinguishing the fire very quickly..Mr Mathers said "I was going to cycle in this morning, but decided to take the bike (motorbike)" adding "I didn't know the bike was on fire untill someone pointed out that it was". Thankfully no one was hurt or injured, but the motorbike is a write off, Fire-fighters commented motorbike fires are becoming more common within London. Picture credit should read Simon Lamrock/LNP 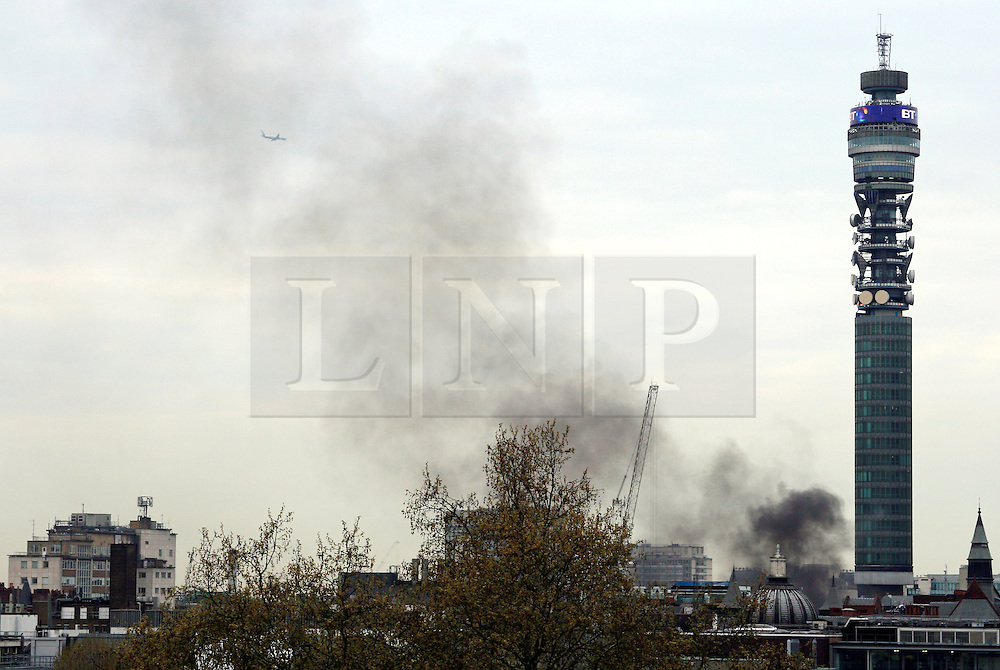