© Licensed to London News Pictures. 12/10/2017. Leeds UK. Phoebe Moore stands in the Central Court of Leeds Art Gallery which was has been opened up to the public after being hidden away behind false ceiling's for 60 years. The Art Gallery is to reopen tomorrow (friday 13th Oct) after an 18month renovation costing £4.5M with new acquisitions & rehanging of the extensive collection. Founded in 1888, Leeds Art Gallery has designated collection of 19th & 20th century British painting & sculpture widely considered to be the best outside the national collections. Photo credit: Andrew McCaren/LNP 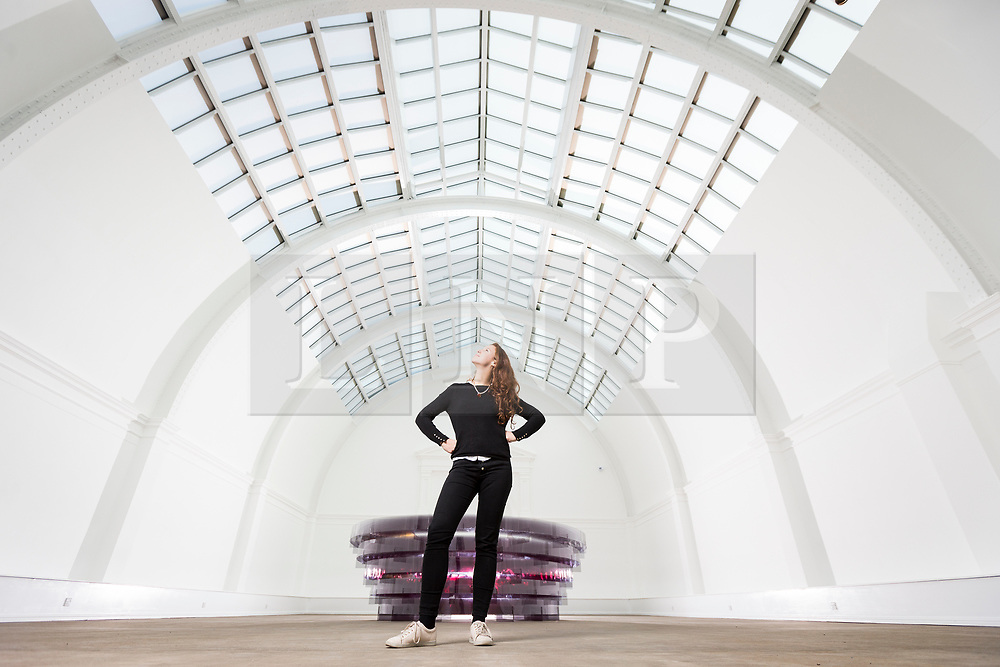