© Licensed to London News Pictures. 22/07/2021. London, UK. Forensic investigators stand next to a damaged bicycle at the scene as members of the victims family look on in the background following a fatal stabbing on Brixton Road, Brixton. Metropolitan Police Service (MPS) were called at 20:18BST on Wednesday 21 July to reports of an assault close to Brixton Underground Station. Despite efforts from police officers, paramedics from London Ambulance Service (LAS) and London’s Air Ambulance the man was pronounced dead at the scene at the 20:45BST. Photo credit: Peter Manning/LNP 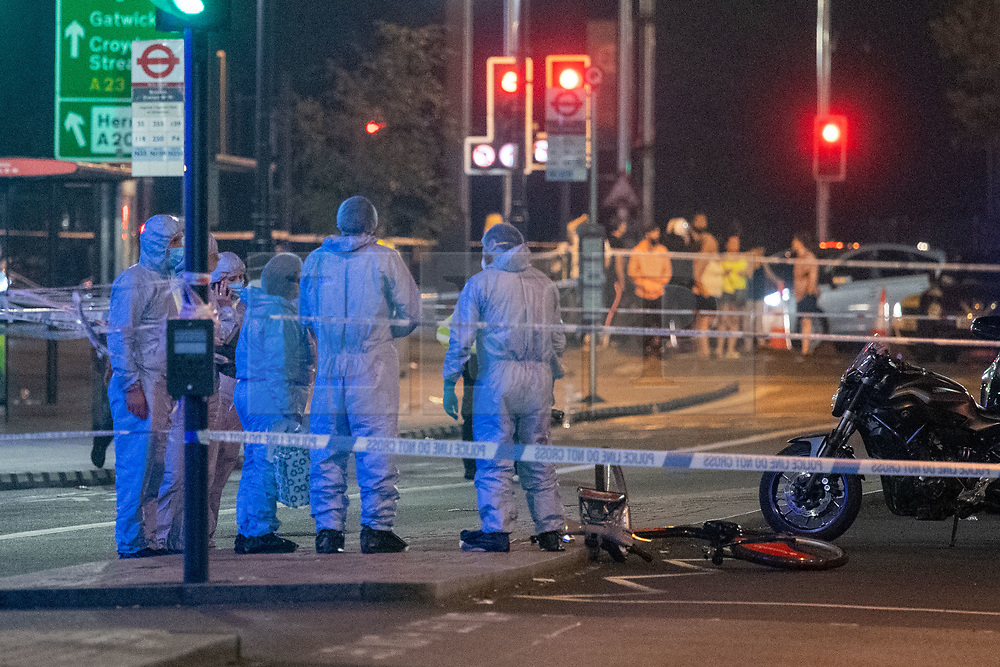