© Licensed to London News Pictures. 08/10/2014. British Army Training Unit Suffield (BATUS), Canada. Tents and vehicles are spread across a prairie which is the largest military training area currently in use by the British Army. BATUS has been home to the Army for the past 42 years . It is the only place where all elements of the British Army train together for war. The soldiers are put to test on everything from armoured vehicles to infantry tactics. Photo credit : Alison Baskerville/LNP 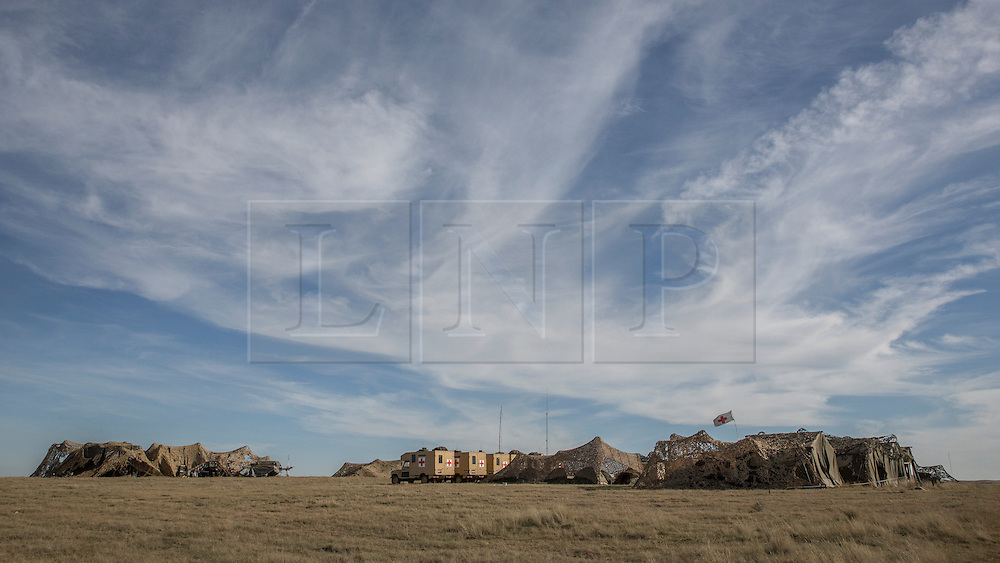