© Licensed to London News Pictures . 14/04/2013 . London , UK . Railway engineers on the track 2 miles north of Euston on the West Coast Mainline as a signalling failure this morning (Sunday 14th April) caused delays of up to an hour for thousands of travelling Manchester City fans heading to the capital to watch their FA Cup tie against Chelsea . Several trains stood stationary for up to an hour . On one train free tea and coffee was offered only for the tea and coffee machine to break down , causing further frustration for passengers . Photo credit : Joel Goodman/LNP 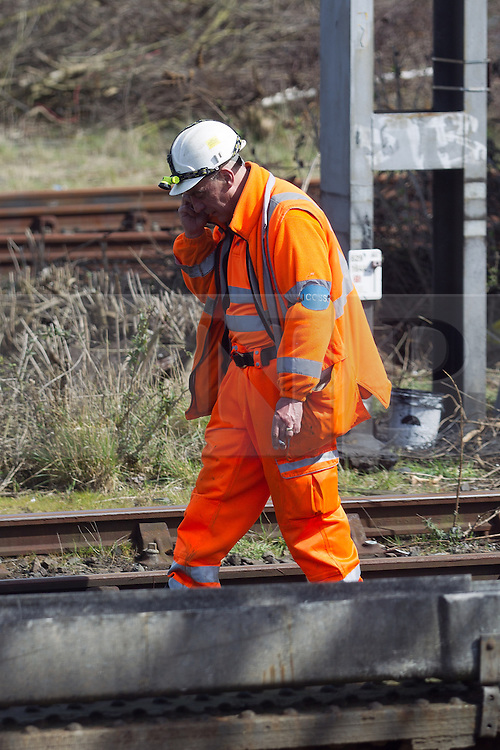