© Licensed to London News Pictures. 11/11/2018. Folkestone, UK. Film director Danny Boyle (C) stands for the two minutes silence at 11 o'clock as the incoming tide begins to reclaim a giant sand portrait of First World War poet Wilfred Owen on the beach at Folkestone, Kent during an Armistice Centenary event entitled 'Pages of the Sea'. Portraits are being created by communities on 32 beaches around the UK to say goodbye and thank you, to the millions of men and women who left these shores during the war, many never to return. Lieutenant Wilfred Edward Salter Owen, MC died on 4th November 1918 only days before the Armistice. One of Britain’s most celebrated war poets - his short career was directly inspired by the conflict – he composed nearly all his works from August 1917 to September 1918, many published posthumously. Photo credit: Peter Macdiarmid/LNP 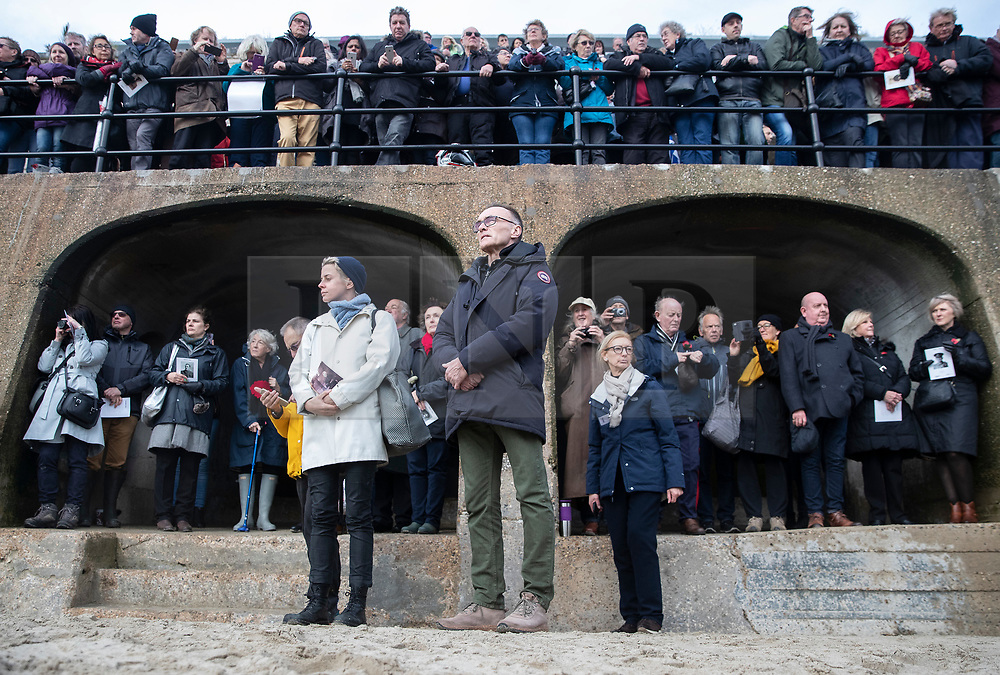