© Licensed to London News Pictures. 14/02/2017. London, UK. 'Machine 9', an electromechanical sound instrument that transforms the movement of 27,000 pieces of space junk into sound, in real time is shown to the members of public by its creator Nick Ryan for the first time at Science Museum in London on 14 February 2017. Part of the Adrift project, Machine 9 reveals the extent of space debris and matches with everyday objects. Photo credit: Tolga Akmen/LNP 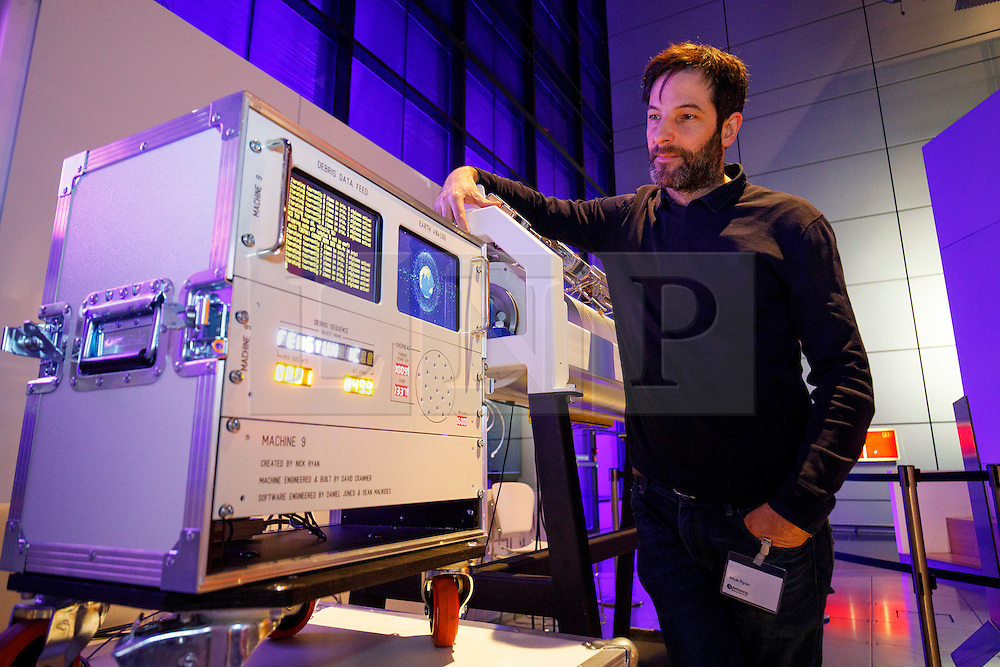