© Licensed to London News Pictures. 24/07/2017. LONDON, UK. The father of Rashan Charles speaking to protesters from Stand Up To Racism and local Hackey supporters at a protest vigil outside Stoke Newington Police Station and block the road following the death of Rashan Charles. Police pursued Rashan Charles on foot after attempting to stop a car in Kingsland Road in the early hours of Saturday morning and after after entering a shop, Rashan Charles was seen trying to swallow an object and was then taken ill. Rashan Charles died in hospital around an hour later. Photo credit: Vickie Flores/LNP 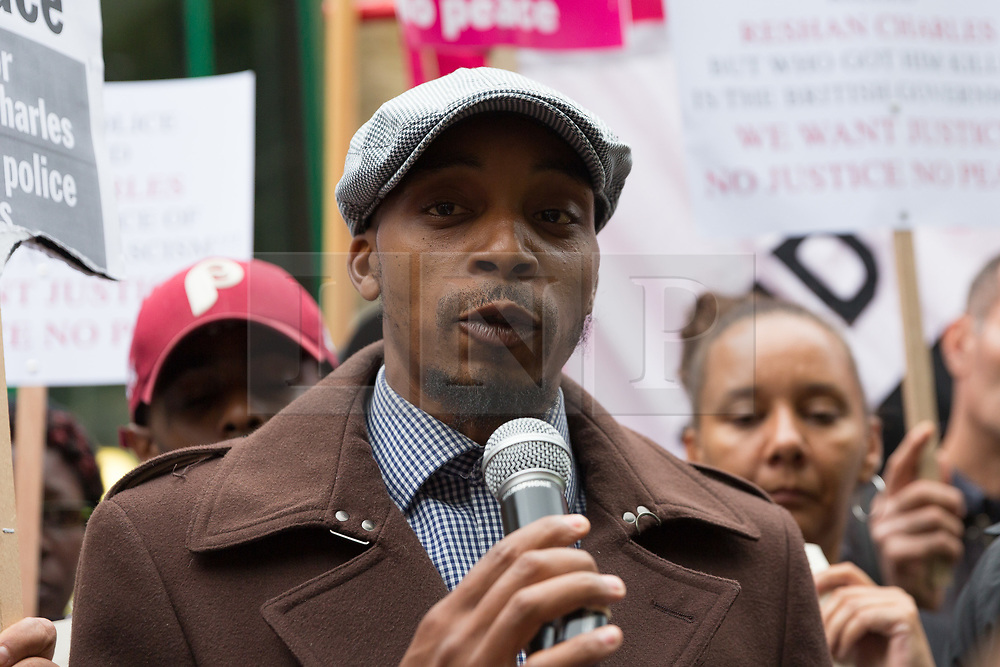