© Licensed to London News Pictures 20/11/2012. Be'er Sheva, Israel. Smoke trails line the sky of Be'er Sheva as the Israeli Army intercepts rockets from Gaza this morning. 16 rockets were fired at the city. A number of houses and a bus were damaged but there were no casualties. Operation Pillar Cloud has now entered it's seventh day and talks are now underway for a ceasefire. Later today, UN Secretary General Ban Ki-Moon will land in Israel for a round of meetings to try to broker a cease-fire. Photo credit : Alison Baskerville/LNP 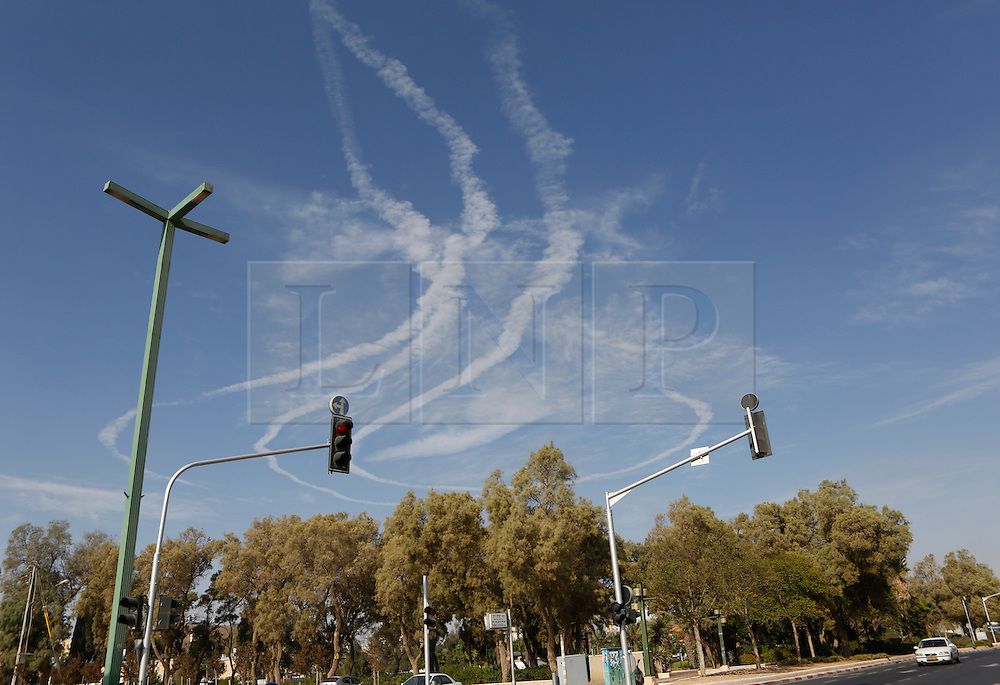