© Licensed to London News Pictures. 25/06/2018; Bristol, UK. Blood on the floor at a bus shelter near the scene of murder. A murder investigation has been launched after man dies and two are seriously injured in an armed burglary in Prewett Street, Redcliffe, in the early hours of the morning. It is reported that neighbours have told of hearing bloodcurdling screams of as three men were attacked with a sword-like knife. Two other men who suffered life-threatening injuries have been taken to hospital. It is reported that two men from London have been arrested in connection with the incident. Photo credit: Simon Chapman/LNP 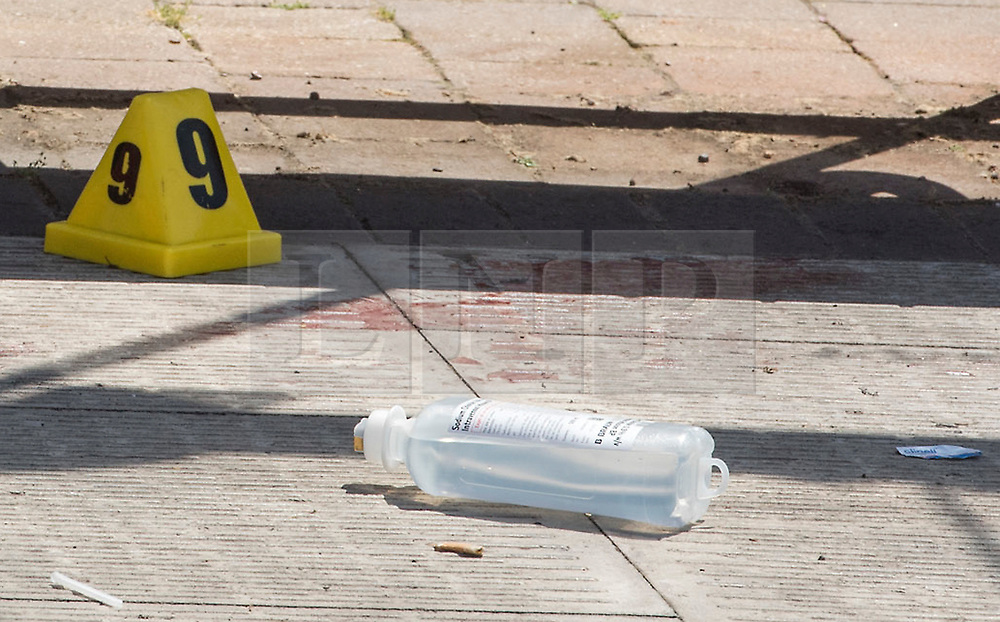