© Licensed to London News Pictures. 23/06/2018. Portsmouth, UK. People watching and waving as the Royal Navy's flagship, HMS Queen Elizabeth, sails into Her Majesty's Naval Base (HMNB) Portsmouth this morning, 23rd June 2018. The aircraft carrier has been performing trials in the Northern Atlantic, including her first replenishment at sea. She is expected to remain in Portsmouth ahead of aircraft trials off the coast of the United States later this summer.Photo credit: Rob Arnold/LNP 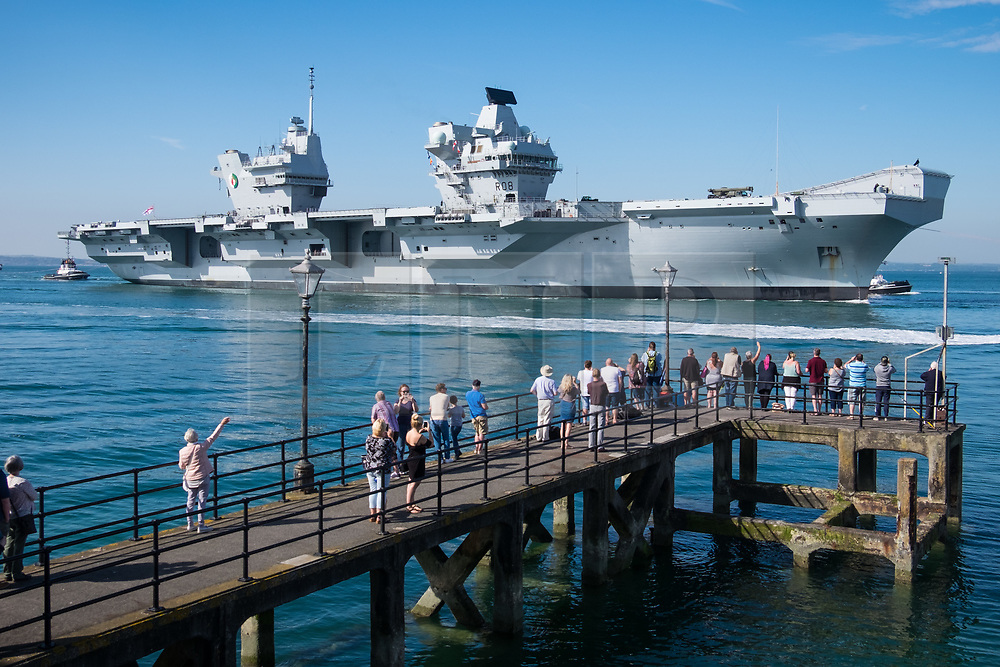