© Licensed to London News Pictures. 11/05/2014. London, UK. The Royal Barge, Gloriana and an accompanying flotilla passes Big Ben and the Houses of Parliament on the River Thames during the Royal Waterman Tudor Pull on 11th May 2014. The Tudor Pull is a ceremonial event for Thames Watermen's Cutters which is organised each year by the Thames Traditional Rowing Association (TTRA). The flotilla finishes at the Tower of London to deliver a 'Stela' to the Governor of the Tower for safekeeping. Photo credit : Vickie Flores/LNP 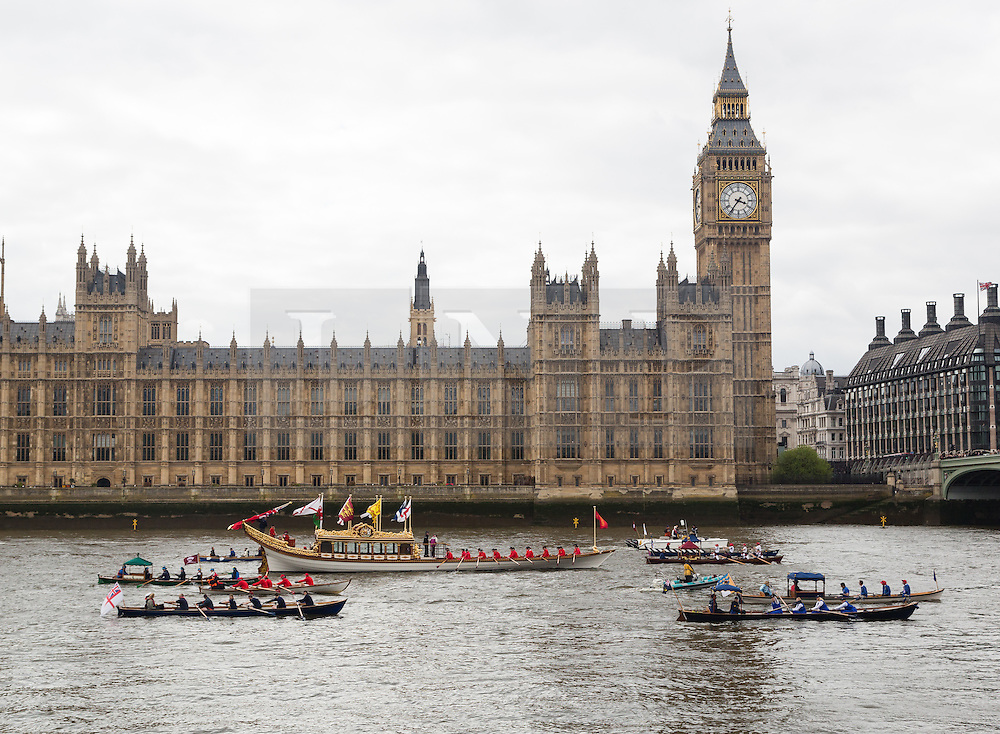