No Prosecutions over Colston Statue protest

© Licensed to London News Pictures; 07/07/2020; Bristol, UK. Poet LAWRENCE HOO reads a poem at a protest organised by Stand Up to Racism Bristol for "No Prosecutions over Colston Statue" taking place on College Green in front of City Hall. The protest opposing any prosecutions of people who toppled the statue of Edward Colston and threw it into the water at Bristol Harbourside is taking place just before a Bristol city council meeting where a motion is due for debate calling on the Government to set up a commission to acknowledge, apologise and instigate amends for wrongs that still have an impact today, and asking Labour mayor Marvin Rees to lead the city in lobbying Westminster for an all-party parliamentary inquiry. The motion was tabled by Green Party councillor and former Bristol lord mayor Cleo Lake who was also a founding member of the Countering Colston group, which has campaigned for the city to dismantle its public celebration of slave trader Edward Colston. The statue of Edward Colston was toppled from its plinth and thrown into Bristol Harbour during a Black Lives Matter protest rally and march on 07 June in memory of George Floyd, a black man who was killed on May 25, 2020 in Minneapolis in the US by a white police officer kneeling on his neck for nearly 9 minutes. Police in Bristol are seeking to identify 18 people in connection with what police say is criminal damage to the statue. The killing of George Floyd has seen widespread protests in the US, the UK and other countries, despite the restrictions due to the Covid-19 coronavirus pandemic. Today's event is organised by Stand Up to Racism Bristol and due to the coronavirus pandemic participants are advised of the need to wear masks and maintain social distancing to avoid the spread of the virus. Photo credit: Simon Chapman/LNP. 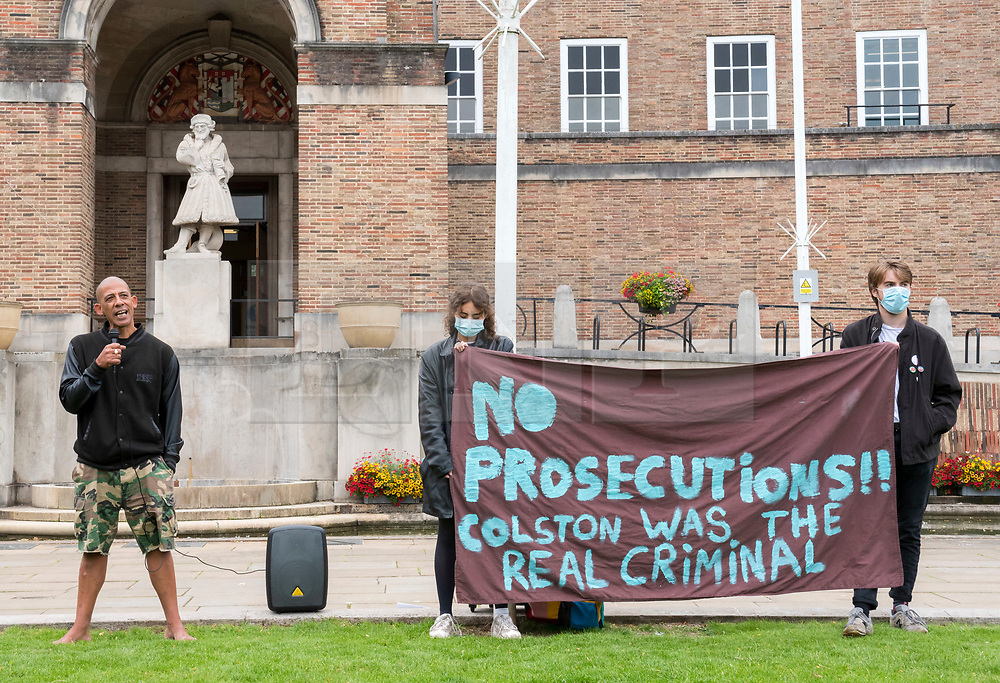