© Licensed to London News Pictures. 13/06/2016. London, UK. Two drag queens raise their fists in solidarity outside the Admiral Duncan pub on Old Compton Street in Soho for a vigil to pay tribute to the victims of the Pulse nightclub massacre in Orlando, Florida. In the early hours of 12 June 2016, 29-year-old Omar Mateen entered Pulse, a gay nightclub, and killed more than 50 people with an assault rifle, making it the deadliest mass shooting in US history. The Admiral Duncan was the scene of a homophobic bombing in 1999. Photo credit: Rob Pinney/LNP 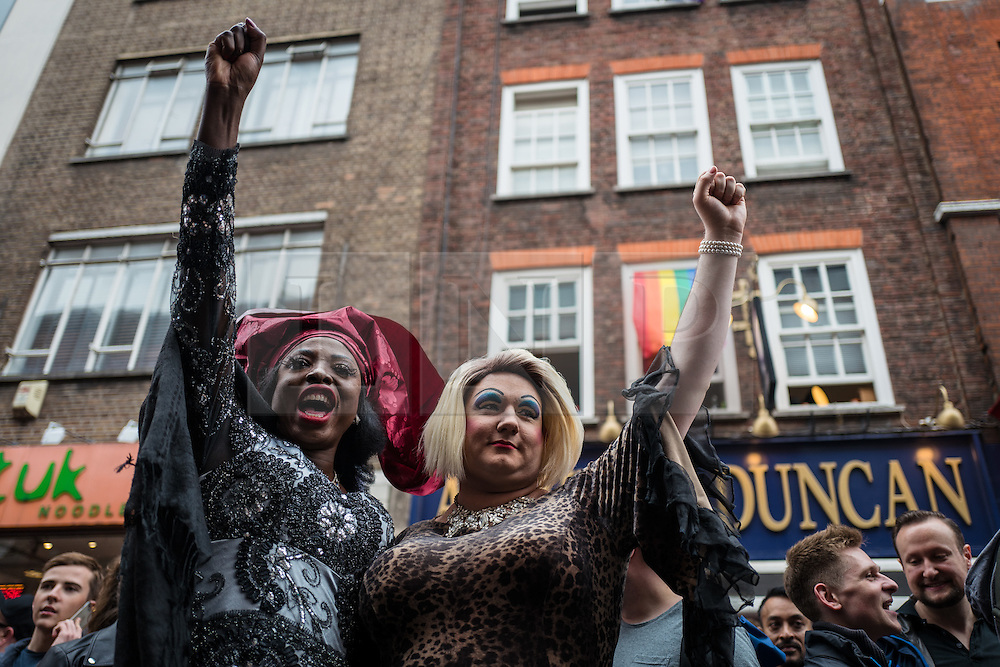