© Licenced to London News Pictures. 04/11/2013. London. UK.
Communities Secretary Eric Pickles (right) and Lance Sergeant Johnson Beharry (left), the first living recipient of the Victoria Cross in over 30 years, unveil the design of the paving stone which will commemorate recipients of the Victoria Cross during the First World War at the Army and Navy Club in London, November 4th 2013. The winning design, following a national competition, will be set in stone in over 400 communities across the United Kingdom to commemorate those First World War soldiers who were awarded the Victoria Cross for valour ‘in the face of the enemy’.
Photo Credit: Susannah Ireland 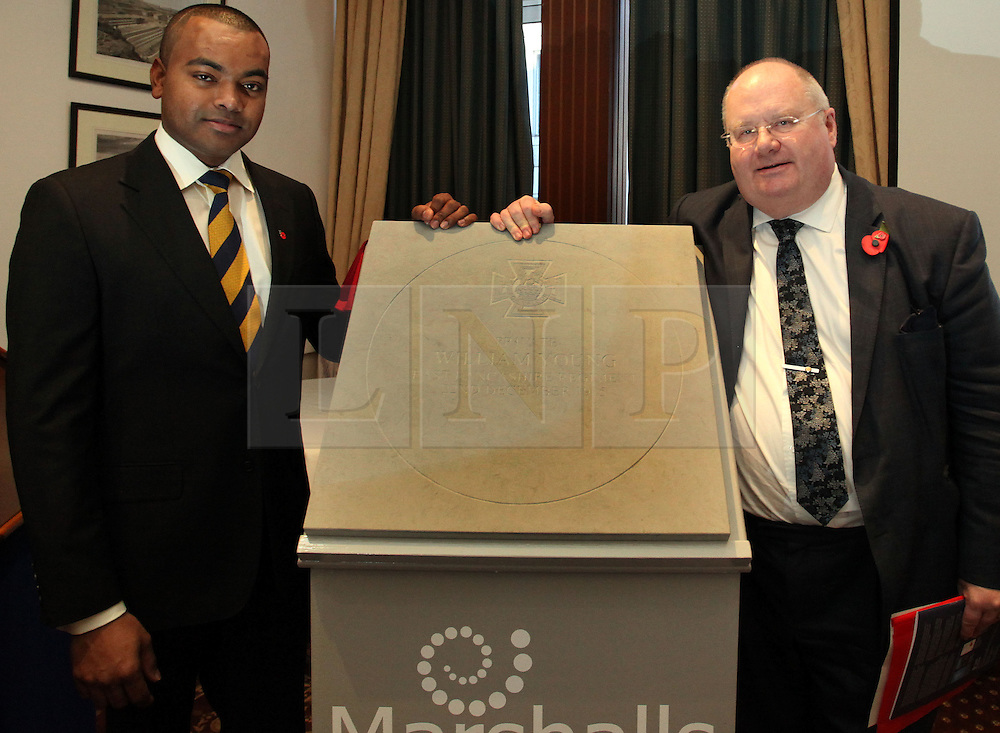