© Licensed to London News Pictures. 18/03/2013. London, UK Cabaret singer Tricity Vogue, whose successful Edinburgh Fringe Theatre Festival performances were inspired by 'Chinese Girl' poses with the original painting. Press call before the auction of "Chinese Girl" by Vladimir Tretchikoff at Bonhams in London today 18th March 2013. The painting is said to be the most widely reproduced and recognisable painting in the world because of its wide reproduction in 1950's art prints. It is expected to fetch 300,000-500,000 GBP at auction on the 20th March. Photo credit : Stephen Simpson/LNP 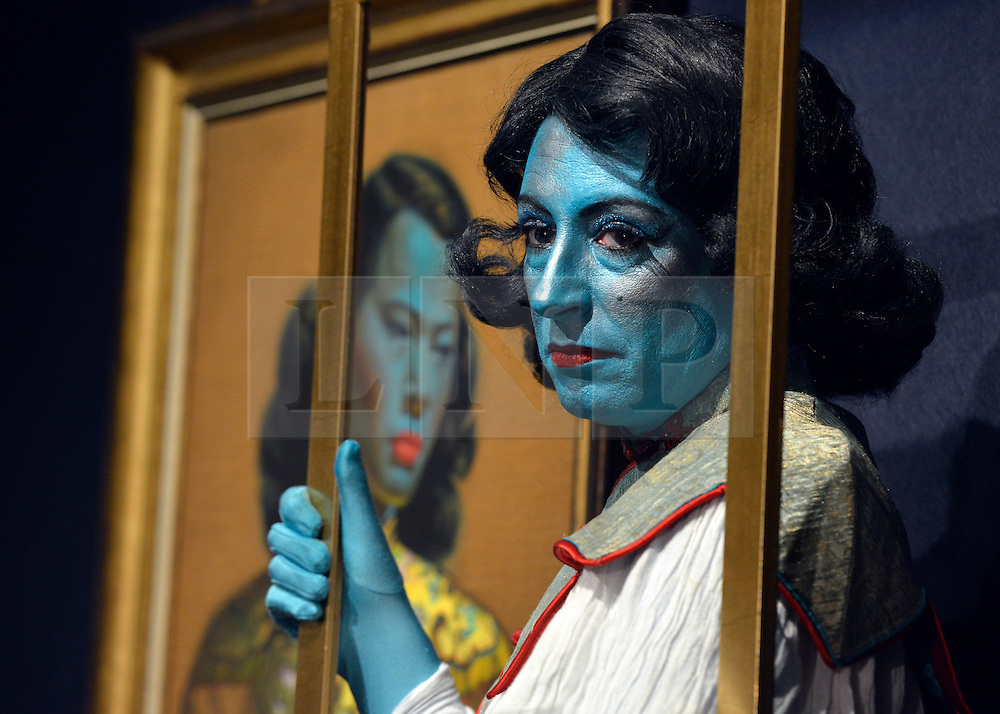