© Licensed to London News Pictures. 27/10/2019. Salford, UK. Smashed crash barrier , through which the car was driven . A car lies on its side on a pedestrian walkway at the Pendleton Roundabout on Broad Street in Salford . Members of the public pulled a man and a woman from the wreckage after a BMW car crashed through a barrier and landed on a pedestrian walkway below . Their condition is unknown and police , paramedics and fire crews are at the scene . Photo credit: Joel Goodman/LNP 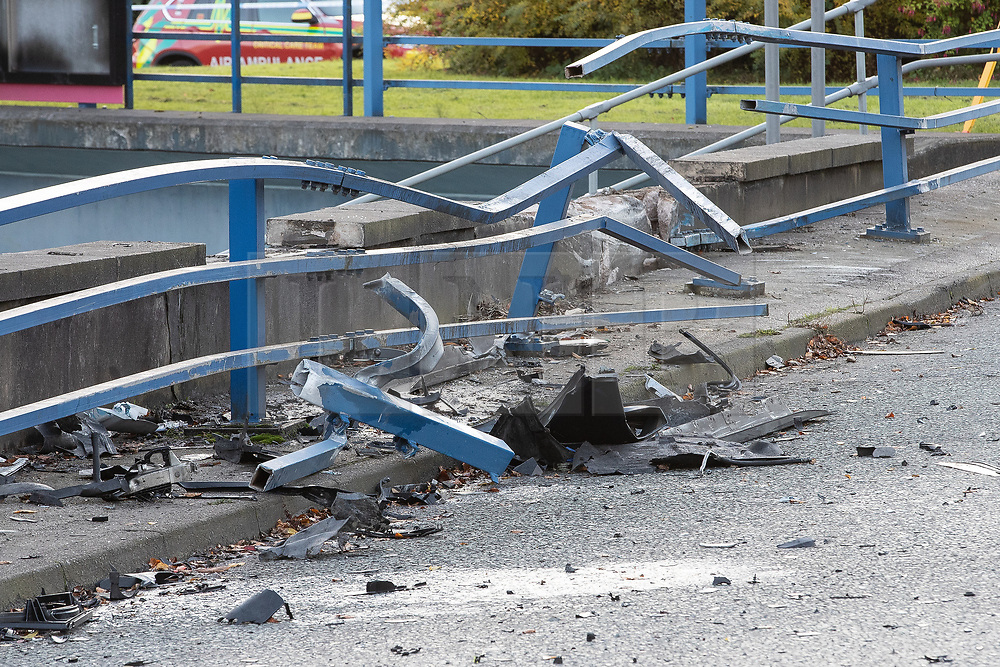