© Licensed to London News Pictures. 14/12/2013; Bristol, UK. Anti cuts protesters demonstrate against proposed cuts to Bristol City Council's budget outside the Tobacco Factory cafe bar, which is owned by the Mayor of Bristol, George Ferguson who also has accommodation on the top floor of the building. As Mayor of Bristol, George Ferguson has proposed cuts of 25% of the council budget and the equivalent of 800 full time job losses from the council's staff. 14 December 2013.
Photo credit : Simon Chapman/LNP 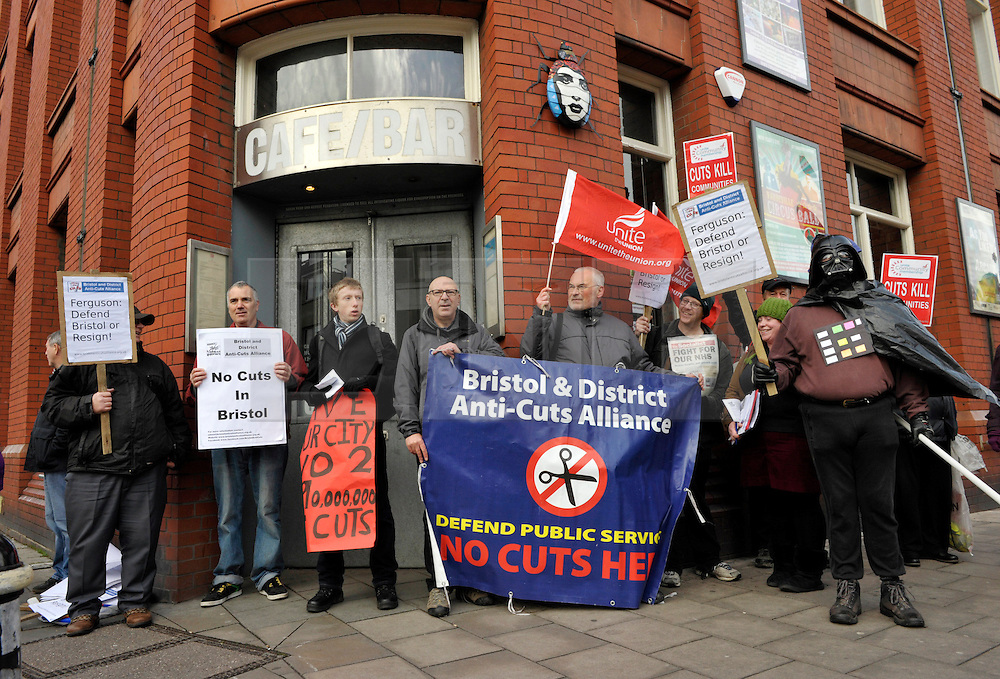