© Licensed to London News Pictures. 23/11/2020. London, UK. The scene in Ramillies Close in Lambeth, south London where a 20 year old man was found with fatal stab injuries. Police are investigating after they were called at 6PM on Sunday 22 November by the London Ambulance Service where officers found a man in his twenties - he was pronounced dead at the scene. Police are trying to trace his next of kin. No arrests have been made at this stage. Photo credit: Peter Macdiarmid/LNP 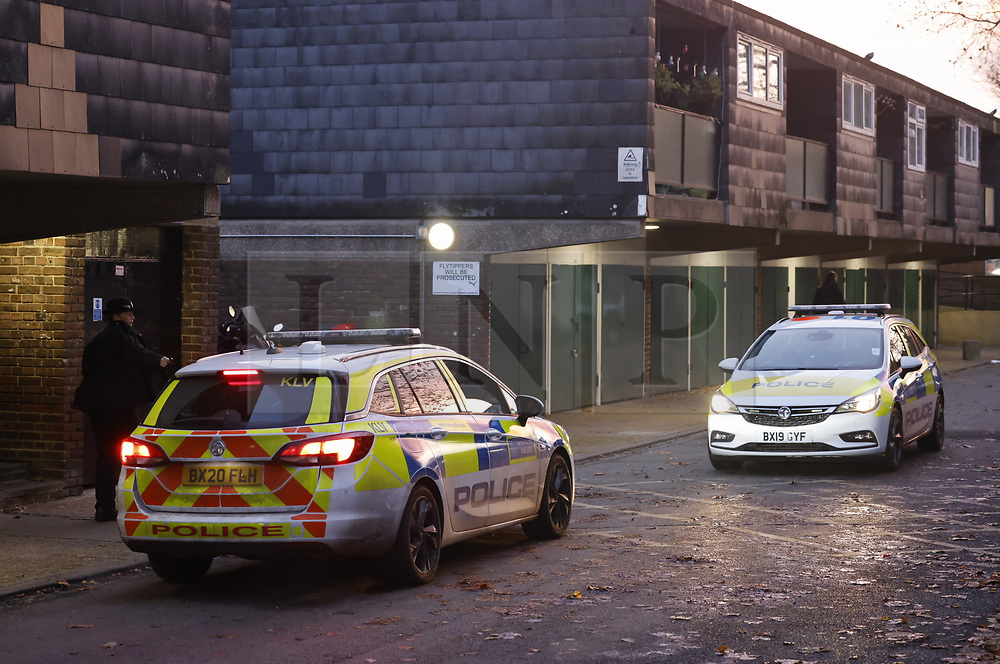