© Licensed to London News Pictures. 16/09/2017; Thornbury, South Gloucestershire, UK. Fatal accident on the M5 motorway. At least 4 people have died. A damaged vehicle can be seen behind the line of police officers. At just before 2.30pm, a lorry travelling southbound went through the central reservation and was in collision with at least two other vehicles in the northbound carriageway. Four people are believed to have died and a number of others have been taken to hospitals in the Bristol area. South Western Ambulance Service have been assisting casualties at the scene and sent 13 resources to the scene, including operations officers, two critical care paramedic teams, four hazardous area response teams (HART) and five double-crewed ambulances. Avon Fire & Rescue Service sent six appliances and its Major Rescue Tender to the scene. Picture credit : Simon Chapman/LNP 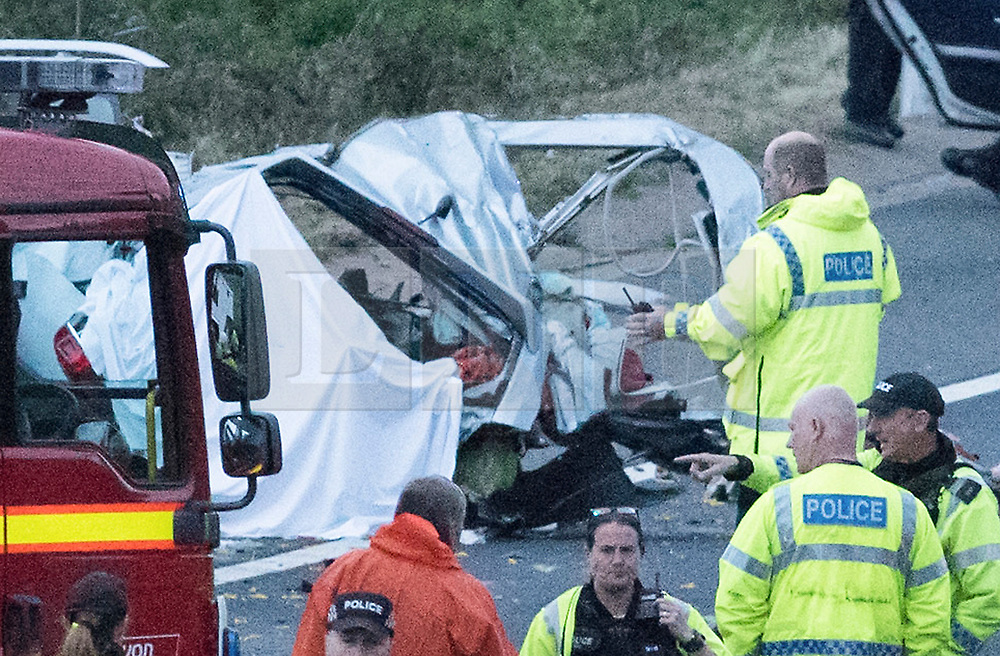