© Licensed to London News Pictures. 20/01/2013. London, UK. Donny Osmond of Donny and Marie Osmond performing live at The O2 Arena, on the opening night of their Donny & Marie Live tour Sunday 20 January 2013. .Donald Clark "Donny" Osmond (born December 9, 1957) is an American singer, musician, actor, dancer, radio personality, and former teen idol. Donny Osmond has also been a talk and game show host, record producer and author. In the mid 1960s, he and four of his elder brothers gained fame as The Osmonds on the long running variety program, The Andy Williams Show. Donny went solo in the early 1970s covering such hits as "Go Away Little Girl" and "Puppy Love"...Olive Marie Osmond (born October 13, 1959) is an American singer, actress, doll designer, and a member of the show business family The Osmonds. Although she was never part of her family's singing group, she gained success as a solo country music artist in the 1970s and 1980s. .For over thirty-five years, Donny and Marie have gained fame as Donny & Marie, partly due to the success of their 1976-79 self-titled variety series, which aired on ABC. The duo also did a 1998-2000 talk show and have been headlining in Las Vegas since 2008. Photo credit : Richard Isaac/LNP 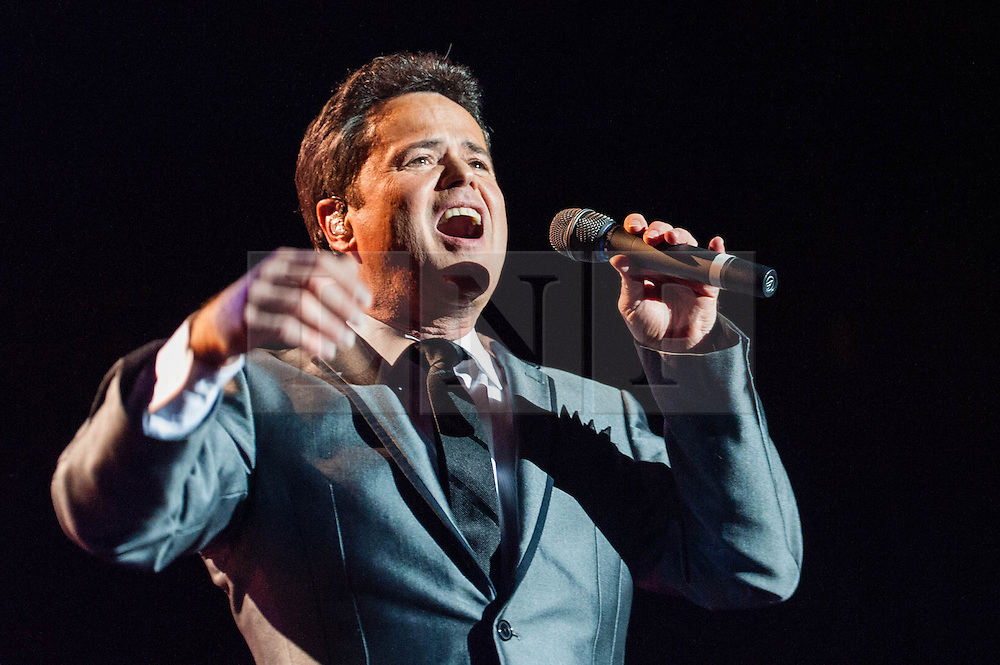