© Licensed to London News Pictures. 13/10/2016. LONDON, UK. The Good Hotel arrives in the lock at Royal Victoria Dock in east London today after being towed by tugs 288 nautical miles from Amsterdam. Originally built in 2007 to house illegal immigrants, the prison barge was converted five years later into The Good Hotel. The barge will be moved into the main dock soon, where it will moor and become a 144 room hotel at a reported £110 per night. Photo credit: Vickie Flores/LNP 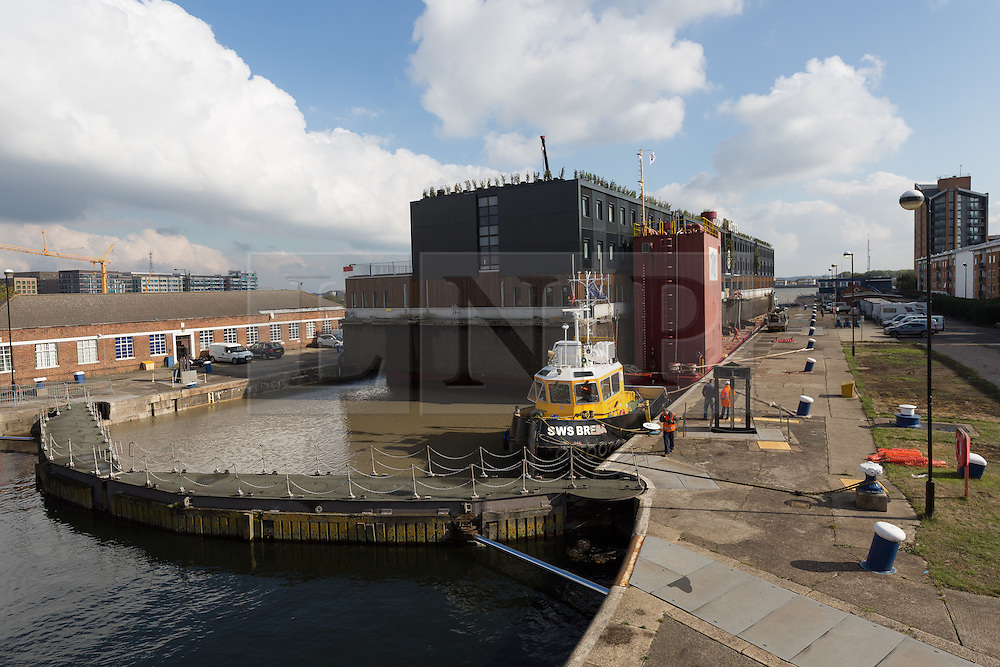