© Licensed to London News Pictures. 13/06/2012. LONDON, UK. A re-enactor of the 'Moscow Militia' stands ready to fire his musket during a performance of Tchaikowsky's '1812 Overture' at the annual Beating Retreat parade at Horse Guards Parade in London. On two successive evenings each year in June a pageant of military music, precision drill and colour takes place on Horse Guards Parade in the heart of London when the Massed Bands of the Household Division carry out the Ceremony of Beating Retreat. 300 musicians, drummers and pipers perform this age-old ceremony. The Retreat has origins in the early days of chivalry when beating or sounding retreat pulled a halt to the days fighting. Photo credit: Matt Cetti-Roberts/LNP 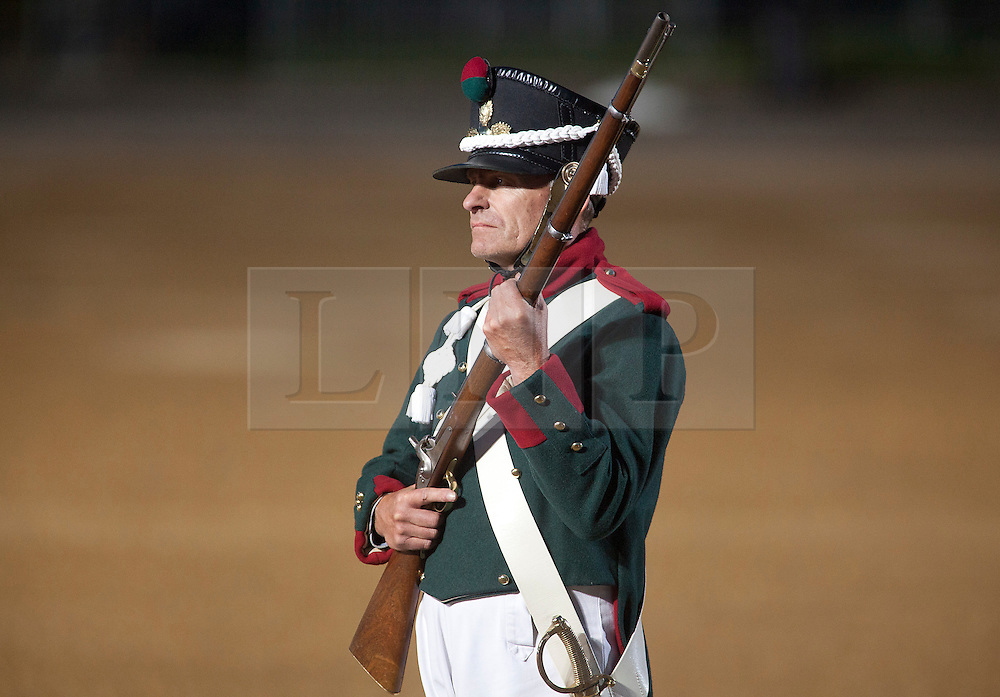