© Licensed to London News Pictures. 15/05/2013.A pedestrian has died after being hit by a lorry on the M25 this morning (15.05.2013)..The victim was hit by the vehicle on the clockwise stretch of the motorway between Junction 3 M20/A20 (Swanley Interchange) and Junction 4 A21/ A224 (Orpington) at about 3.30am.He has not been identified but is believed to have come from Kent.Accident investigation work is taking place at the scene of the crash and around six police vehicles remain at the scene..The road has been closed since then and is not expected to reopen until midday at the earliest...Photo credit :Grant Falvey/LNP 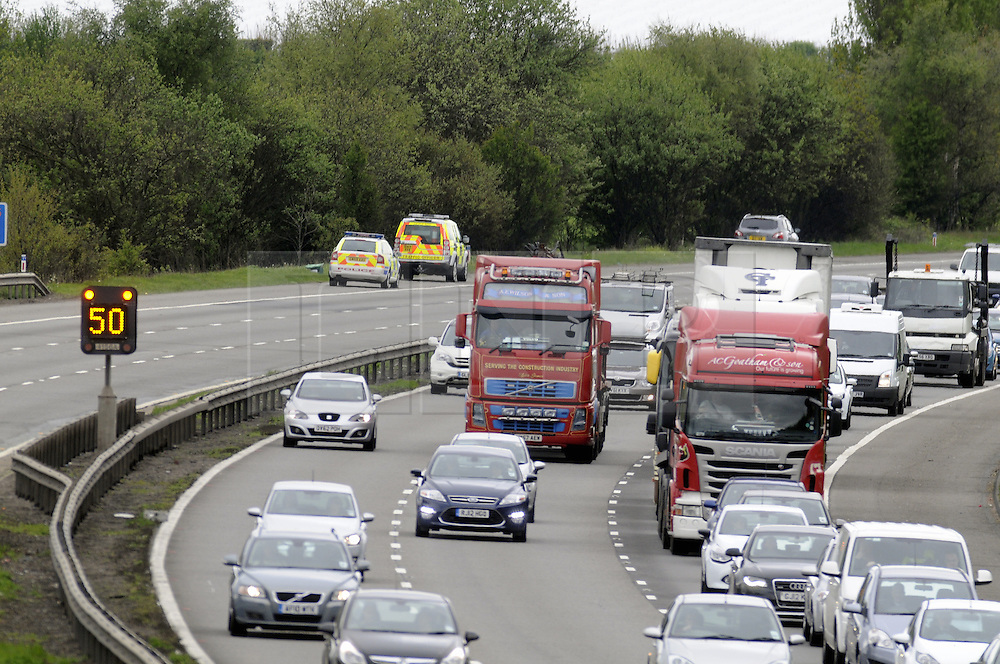