© Licensed to London News Pictures. 12/03/2018. Bristol, UK. University and College Union (UCU) nation wide strike. A placard directed at Professor Hugh Brady, Vice-Chancellor and President of the University of Bristol, at a strike rally outside the university administrative centre Senate House. UCU lecturers begin a fourth week of strikes at the University of Bristol. Lecturers and other university staff are holding an escalating wave of strikes over a four-week period at 61 universities across the country over a change in their pensions. The dispute centres on proposals to end the defined benefit element of the Universities Superannuation Scheme (USS) pension scheme. UCU says this would leave a typical lecturer almost £10,000 a year worse off in retirement than under the current set-up. Photo credit: Simon Chapman/LNP 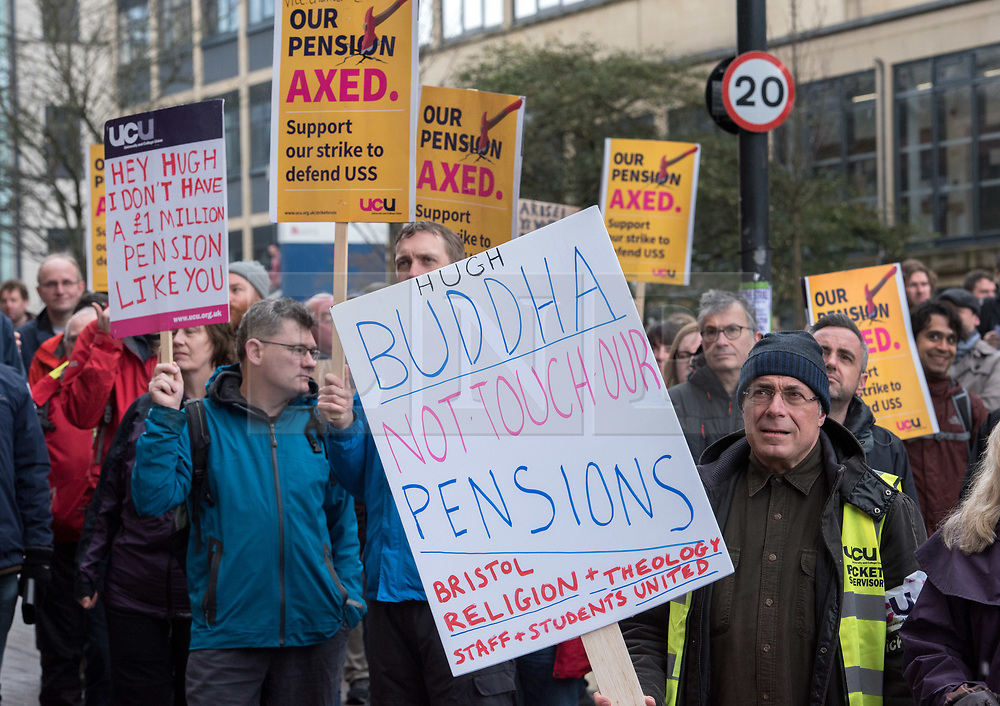