© Licensed to London News Pictures. 28/06/2015. Pilton, UK. The Dalai Lama on the Glastonbury Festival Pyramid stage with Patti Smith on Sunday Day 5. Patti reads a poem to the Dalai Lama for his birthday, he joins her on stage, the audience sing him happy birthday, he blows candles out on his cake which he then cuts, before giving a speech to the audience. This years headline acts include Kanye West, The Who and Florence and the Machine, the latter being upgraded in the bill to replace original headline act Foo Fighters. Photo credit: Richard Isaac/LNP 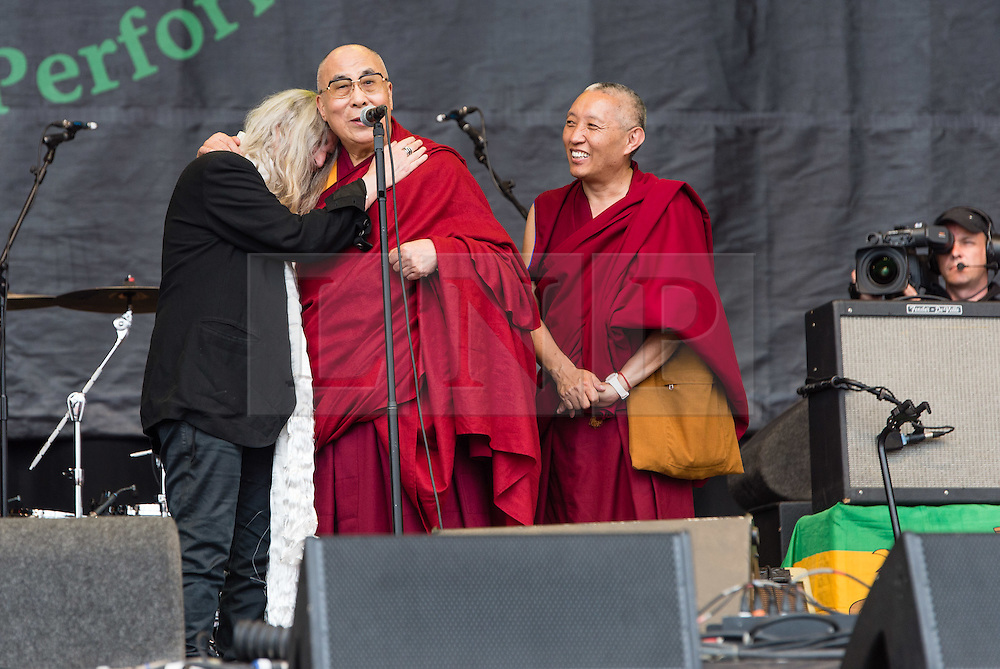