© Licensed to London News Pictures. 15/03/2021. LONDON, UK. People take part in an “End Violence Against Women” protest in Parliament Square in response to allegedly heavy-handed police tactics at the vigil on 13 March in memory of Sarah Everard. A serving Met officer has been charged with her murder. In addition, they are protesting against the passing of the police, crime, sentencing and courts bill concerned that it will limit the right to protest. Photo credit: Stephen Chung/LNP 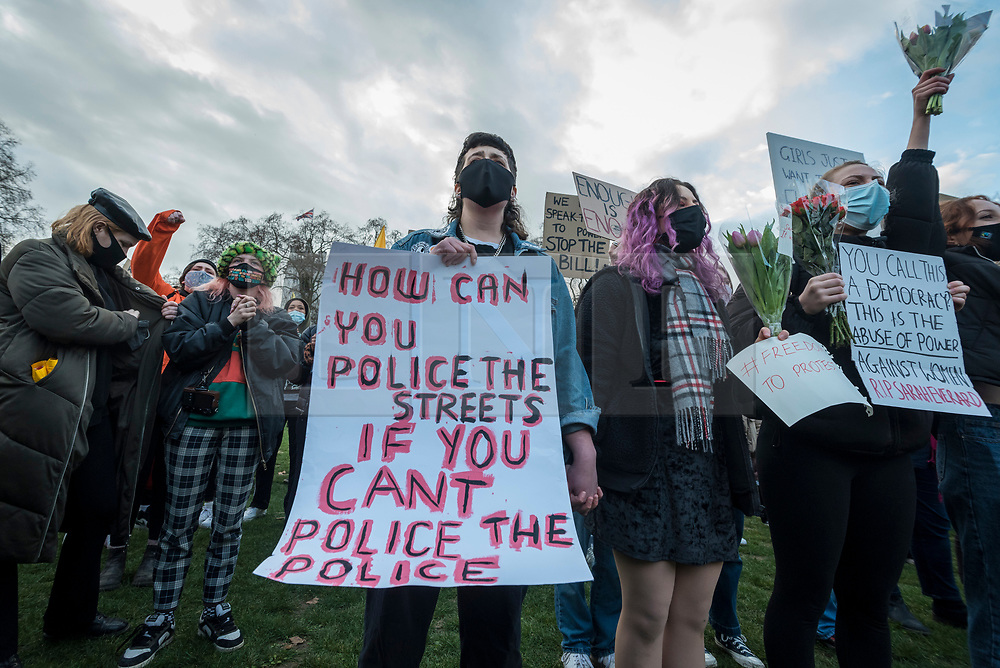