© Licensed to London News Pictures. 27/01/2018. LONDON, UK. Protesters gather in front of Downing Street as thousands of Kurdish people march from outside the BBC's Headquarters in Portland Place to Downing Street to protest against Turkey's military invasion of the city of Afrin in Northern Syria, a predominantly Kurdish city. Protesters called for the British public to show solidarity with the people of Afrin and for the UK to demand that Turkey pull back its forces. Photo credit: Stephen Chung/LNP 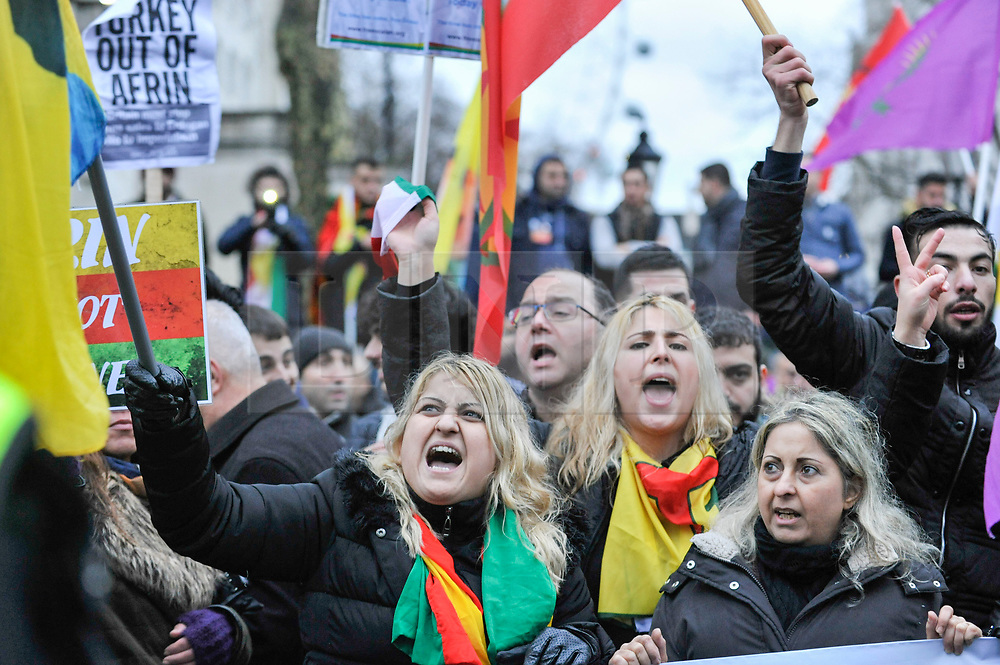