© Licensed to London News Pictures. 04/05/2016. Birkenhead UK. Collect picture shows the Ralph Brocklebank (Daniel Adamson) in Ellesmere Port in the early 1900's. The Daniel Adamson steam boat has been bought back to operational service after a £5M restoration. The coal fired steam tug is the last surviving steam powered tug built on the Mersey and is believed to be the oldest operational Mersey built ship in the world. The "Danny" (originally named the Ralph Brocklebank) was built at Camel Laird ship yard in Birkenhead & launched in 1903. She worked the canal's & carried passengers across the Mersey & during WW1 had a stint working for the Royal Navy in Liverpool. The "Danny" was refitted in the 30's in an art deco style. Withdrawn from service in 1984 by 2014 she was due for scrapping until Mersey tug skipper Dan Cross bought her for £1 and the campaign to save her was underway. Photo credit: Andrew McCaren/LNP ** More information available here http://tinyurl.com/jsucxaq ** 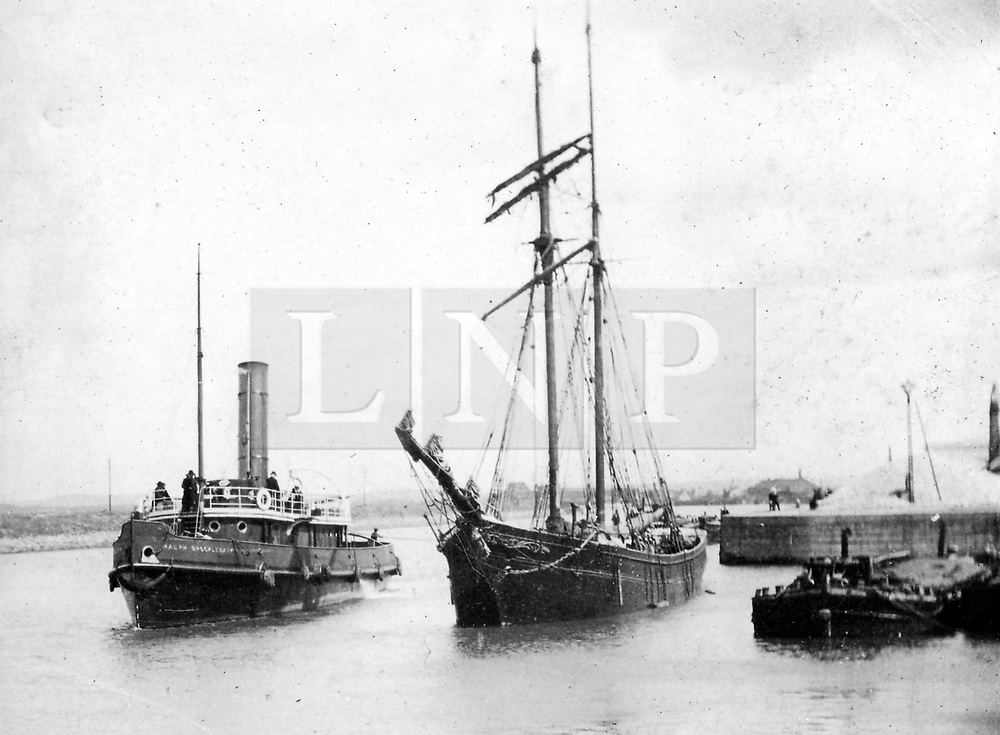