20/10/2016. Bashiqa, Iraq. Four Kurdish peshmerga fighters advance along a road at the beginning of a large offensive to retake the Bashiqa area, and eventually Mosul, from Islamic State militants today (20/10/2016). 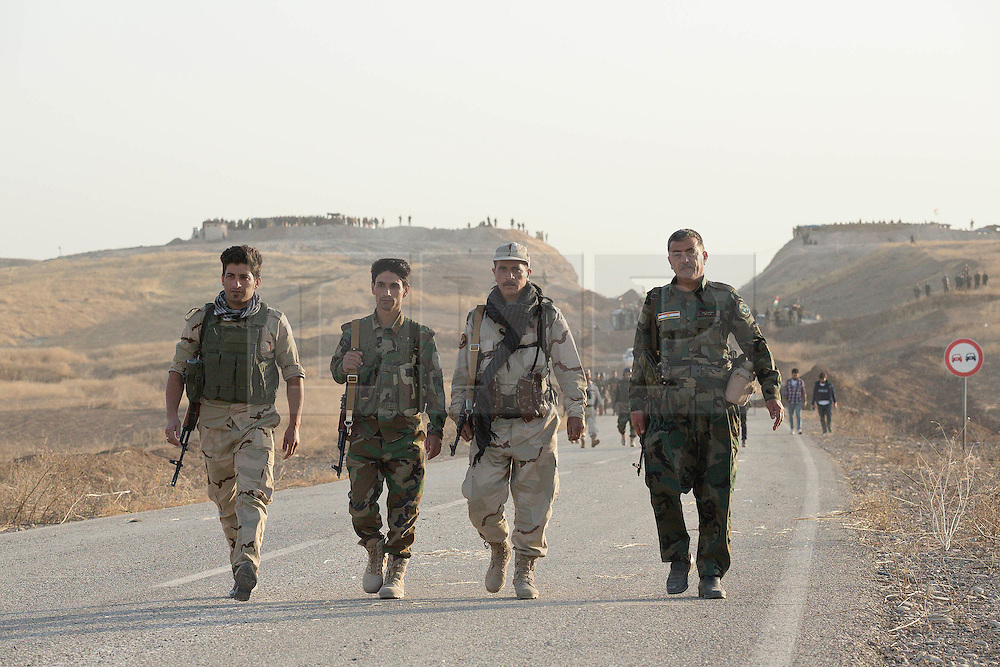