© Licensed to London News Pictures. 03/09/2017. York UK. Picture shows the house in York that suffered fire damage in York when a car crashed through the wall of a house on Rivelin Way. The car burst into flames setting the house alight. Four people have been injured three of them are serious including a man who was in the living room at the time of the incident & has suffered severe lower limb injuries. A woman & child who where in the house have escaped without injury. Photo credit: Andrew McCaren/LNP 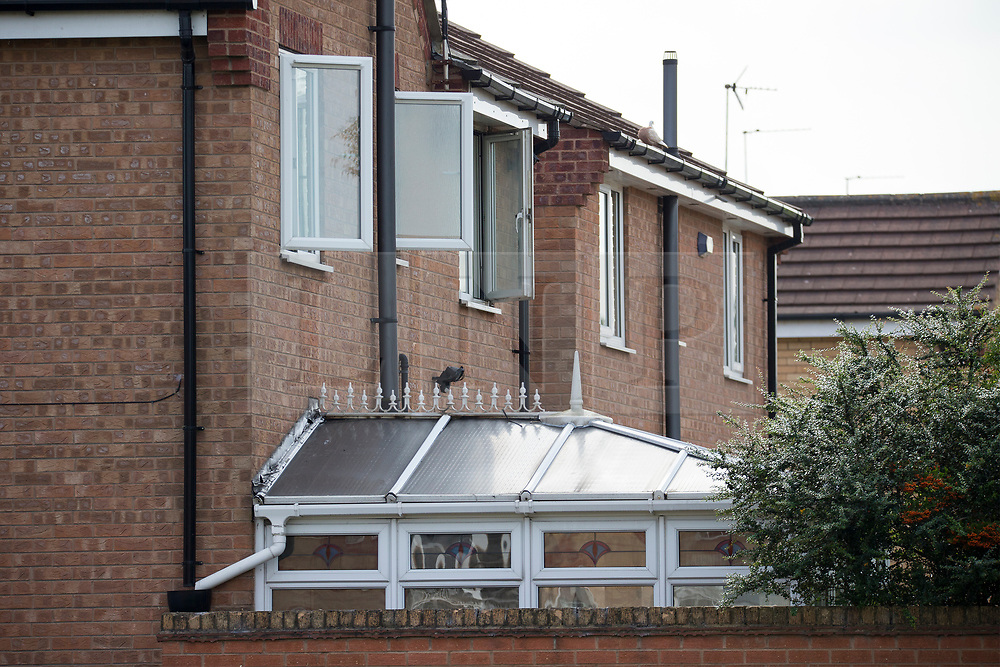