©️ Licensed to London News Pictures. 14/09/2020. Dagenham, UK. Police remain at the crime scene in Dagenham, east London. Police were called to a car park in Whalebone Lane South at 23:43hrs on Sunday, 13 September, to reports of a collision between a car and a pedestrian. Officers attended along with paramedics from London Ambulance Service. A 47-year-old man was found seriously injured and died at the scene a short time later. Enquiries to locate his next of kin are ongoing. A post-mortem examination will be carried out in due course.  At this early stage, homicide detectives from the Met’s Specialist Crime Command believe the man was hit by a car, which left the scene. Detective Chief Inspector Mark Wrigley said: “We believe the victim was deliberately harmed and we are treating this incident as a murder inquiry. Photo credit: Marcin Nowak/LNP 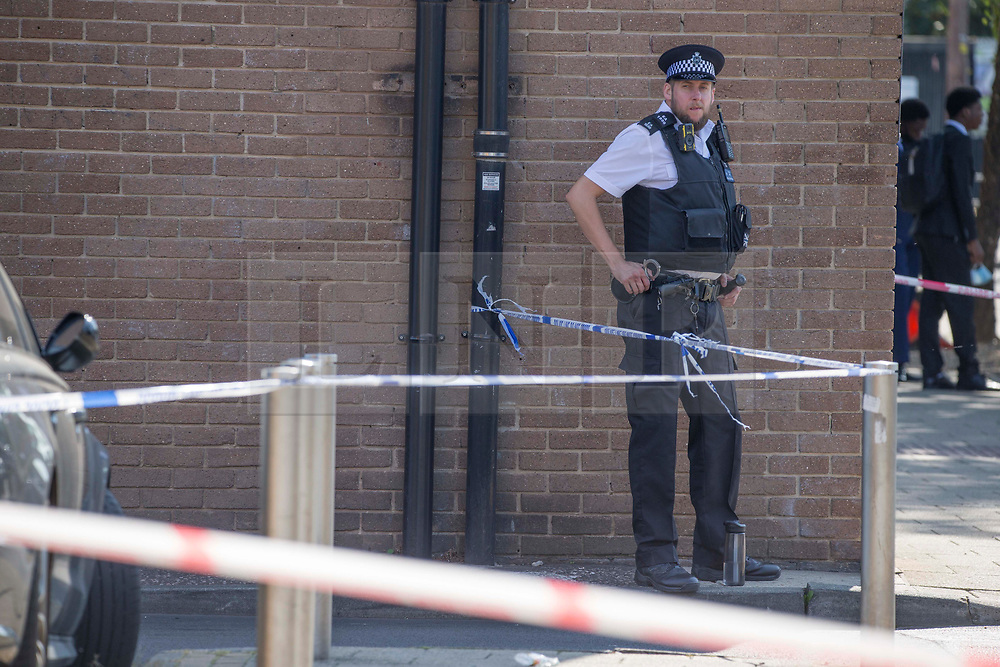