Debate and vote on Brexit

© Licensed to London News Pictures. 14/02/2019. London, UK. A Pro Brexit campaigner rides a bike with heart shaped balloons attached to it, outside the Houses of Parliament in Westminster, on the day that MPs are due to take part in further debates and votes on Brexit. A series of amendments are being tabled to try to change the direction of Brexit, but a vote on a deal will not be held today as was originally planned. Photo credit: Ben Cawthra/LNP 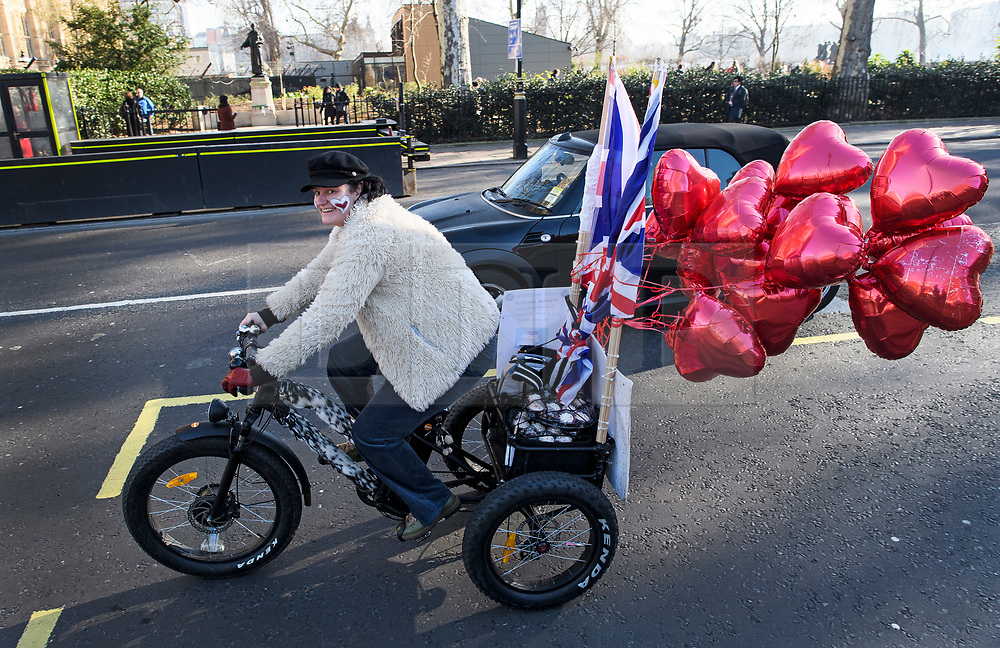