© Licensed to London News Pictures;27/06/2020; Bristol, UK. Extinction Rebellion end a week of protests by dumping soot from a giant pair of lungs onto the steps of the headquarters of the West of England Combined Authority (WECA) as the over-arching regional authority in the area. Extinction Rebellion's Five a Week campaign for clean air is highlighting the number of premature deaths in Bristol due to air pollution. They set up 296 pairs of shoes on College Green in front of City Hall with the message “296 Deaths a Year” which the campaigners say is the number of people who die each year due to air pollution in the city. On Thursday five Extinction Rebellion activists climbed up the central dome of Bristol City Hall and say they will stay up there until Bristol City Council commits to ensuring legally clean air in every suburb of the city by April 2021. Extinction Rebellion demand urgent action from Bristol City Council & WECA (West of England Combined Authority) to protect people's lungs and protect the planet, saying health is intrinsically linked to the health of the environment. XR want Clean Air Equality for Life, not just for the coronavirus Covid-19 lockdown, saying there is a unique opportunity as we come out of lockdown to envision a Bristol that puts people's health and the health of the planet first, and put pressure on elected officials to help build the city back better. Photo credit: Simon Chapman/LNP. 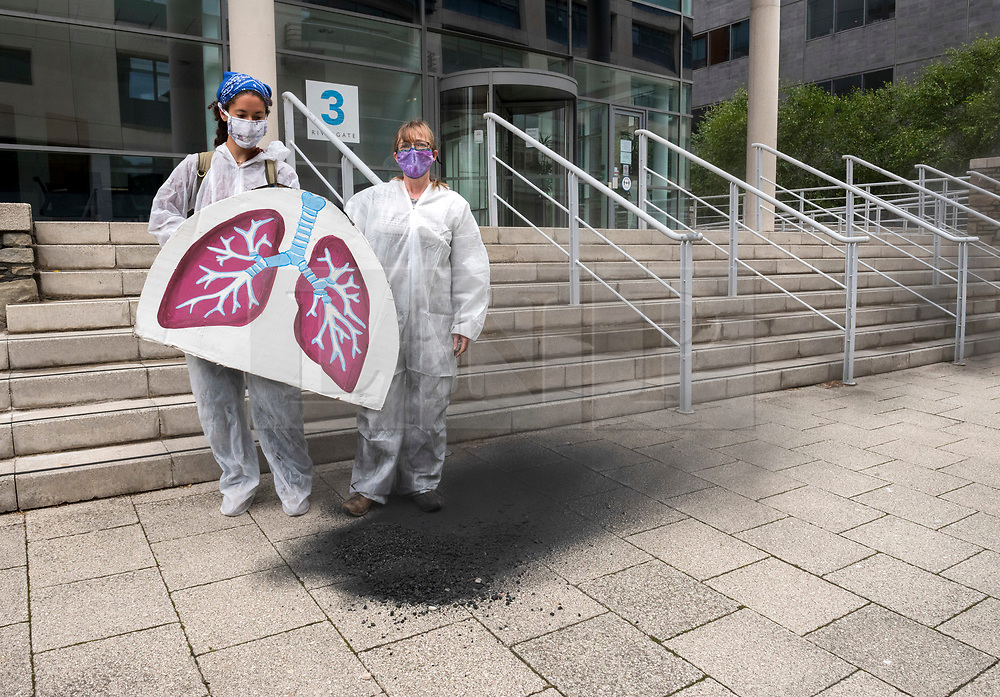