© under license to London News Pictures. The London Toy Fair opened in Kensington Olympia today with the UK's largest single gathering of the worlds toy manufacturers showing their top merchandise for the year to come all under one roof. HM Armed Forces toys such as these were on display with a vast array of accessories, weapons and vehicles for all those action men in the world. Also on display amongst the huge ranges of children's playthings were toys of the 2012 London Olympic Mascots Wenlock and Mandeville along side the new Team GB Mascot which will also be on sale during the London games..Photographer: Lee Durant.Date: 25/01/11 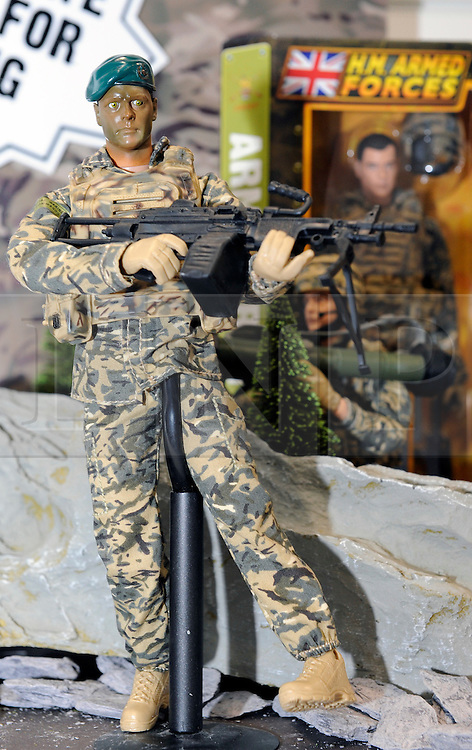