© Licensed to London News Pictures. 16/11/2019. Bolton, UK. Mayor of Manchester ANDY BURNHAM , PAUL DENNETT of Greater Manchester's High Rise Taskforce , DAVID GREENHALGH of Bolton Council SANDRA RUIZ of Grenfell United , Deputy Mayor of Greater Manchester BEV HUGHES and TIAGO ALVES of Grenfell United at a press conference at the site of the blaze . Firefighters work at the scene where a fire broke out overnight (15th/16th November 2019) at a block of flats known as " The Cube " , in Bolton Town Centre . At least two people are known to have been treated by paramedics at the scene of the six-story block , which is occupied by students of the University of Bolton . Photo credit: Joel Goodman/LNP 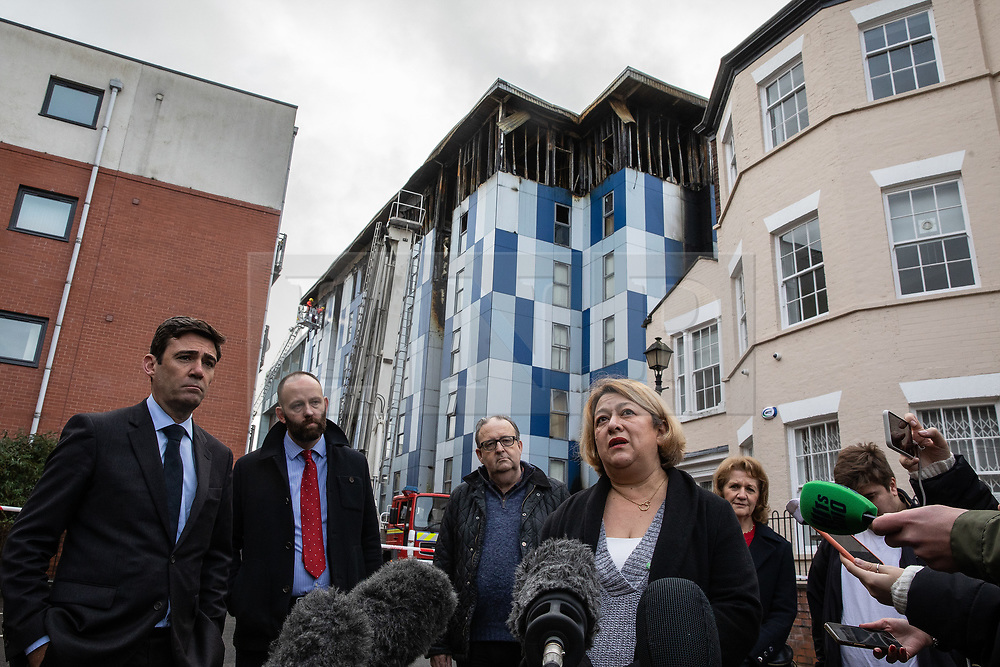