© Licensed to London News Pictures. 18/06/2017. London, UK. A member of London Fire Brigade's Urban Search and Rescue Team feels the heat as he works on the 11th floor of the fire ravaged Grenfell tower block. The blaze engulfed the 27-storey building killing dozens - with 34 people still in hospital, many of whom are in critical condition. The fire brigade say that they don't expect to find anyone else alive. Photo credit: Peter Macdiarmid/LNP 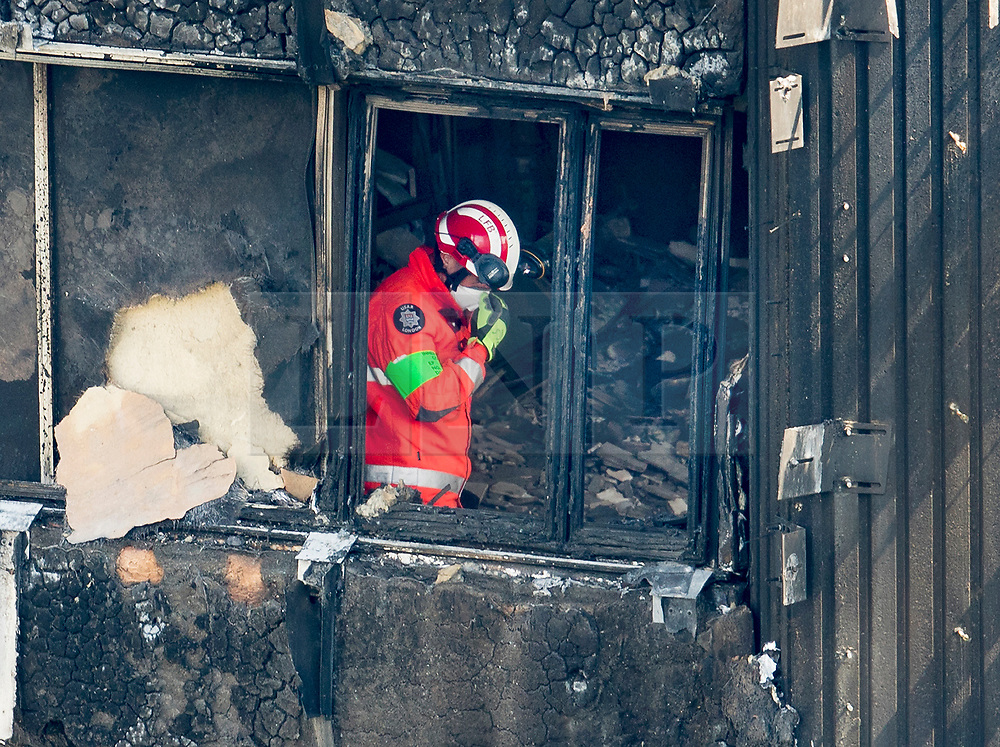