© Licensed to London News Pictures . 02/09/2017 . Keighley , UK . An EDL protester lies on grass and smokes a cigarette at the demonstration , in front of police lines . Far-right street protest movement , the English Defence League ( EDL ) , hold a demonstration in the West Yorkshire town of Keighley , opposed by anti-fascists , including Unite Against Fascism ( UAF ) . The EDL say they are demonstrating against the sexual grooming and abuse of English girls by Muslim men and against terrorism across the UK . Photo credit : Joel Goodman/LNP 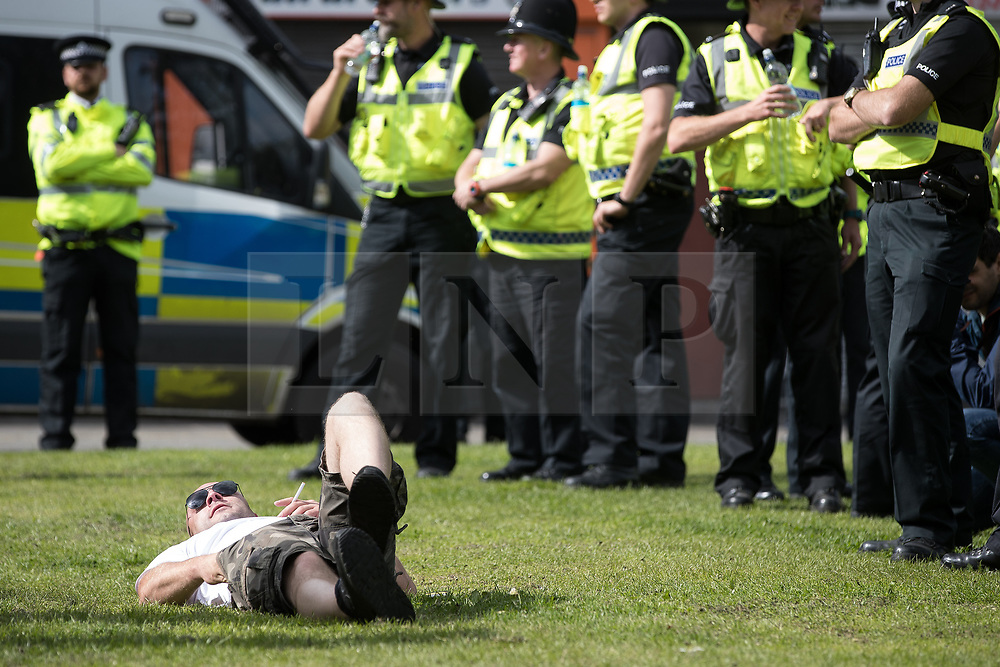