© Licensed to London News Pictures . 07/04/2017 . Manchester , UK . A woman in costume talks to a homeless woman sitting against a bin on the ground outside The Printworks on Withy Grove as a Disney themed pub crawl passes through The Printworks in Manchester City Centre . Greater Manchester Police have authorised dispersal powers and say they will ban people from the city centre for 48 hours , this evening (7th April 2017) , in order to tackle alcohol and spice abuse . Photo credit : Joel Goodman/LNP 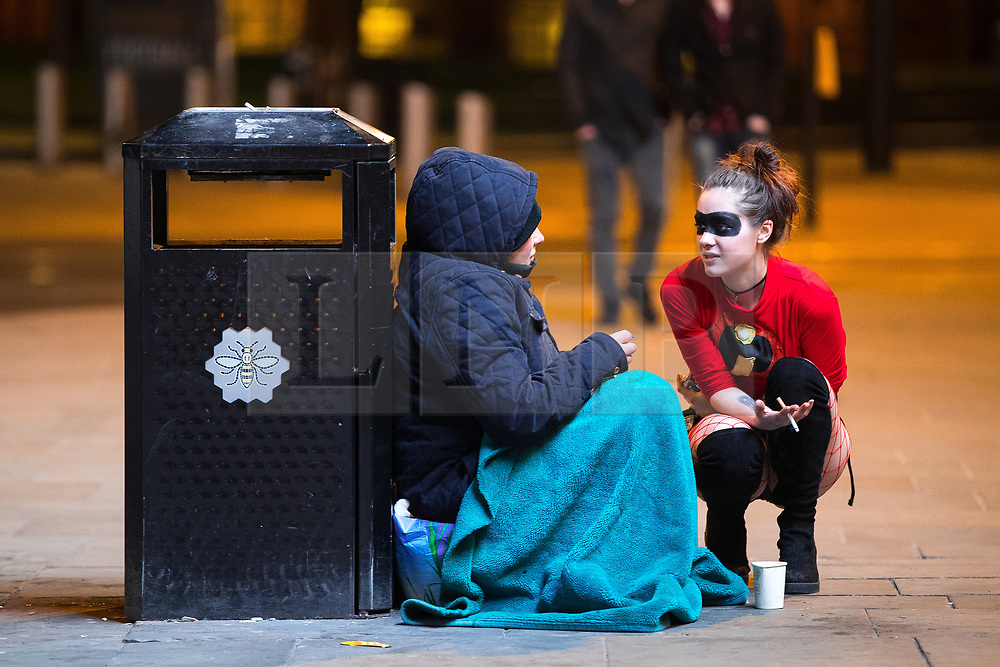