**2018 Pictures of the year by London News Pictures**
© Licensed to London News Pictures. 14/06/2018. London, UK. Doves are released by family and friends of the victims following a service is held at St Helen's Church in North Kensington on the one year anniversary of the Grenfell Tower fire. Grenfell Tower caught fire on the night of June 14, 2017 after a small blaze started in one of the flats. The fire spread rapidly up the outside of the 24 floor tower block - 72 people were killed. A public inquiry is currently underway. Photo credit: Ben Cawthra/LNP 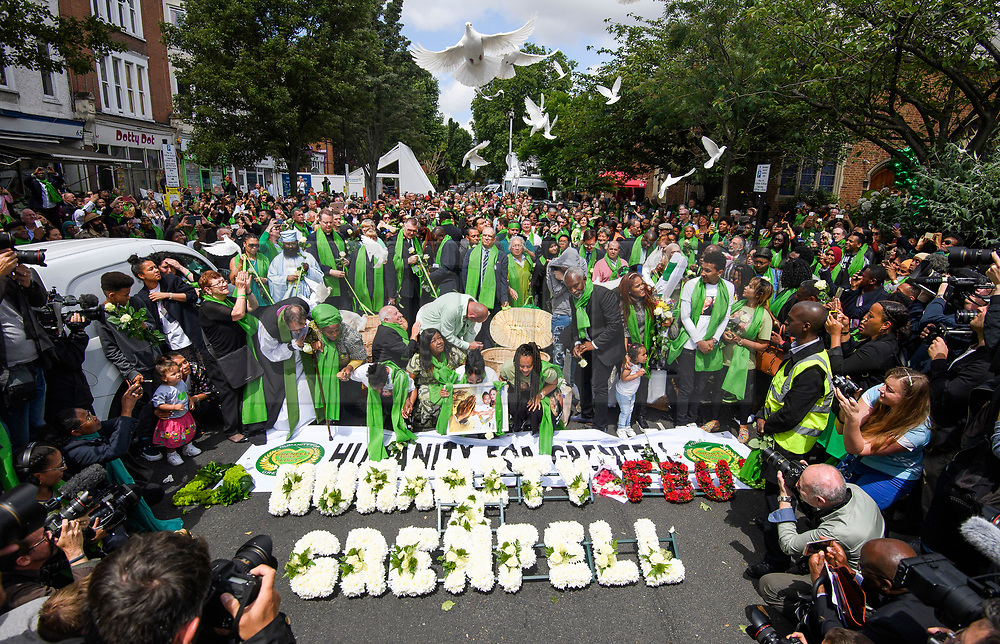