© Licensed to London News Pictures. 22/04/2015. New Bond Street, London. A Sotheby's staff member looks at "The Autopsy in King's College", one of the works unveiled by London-based artist Henry Hudson, using Plasticine as a medium. The piece is part of the series entitled “The Rise and Fall of Young Sen - The Contemporary Artist’s Progress” at Sotheby's. The series follows the plight of Young Sen, from his home in rural China, to his rise on the international art scene and his eventual demise embroiled in a world of drugs, vice and the darkest corners of global politics. Photo credit : Stephen Chung/LNP 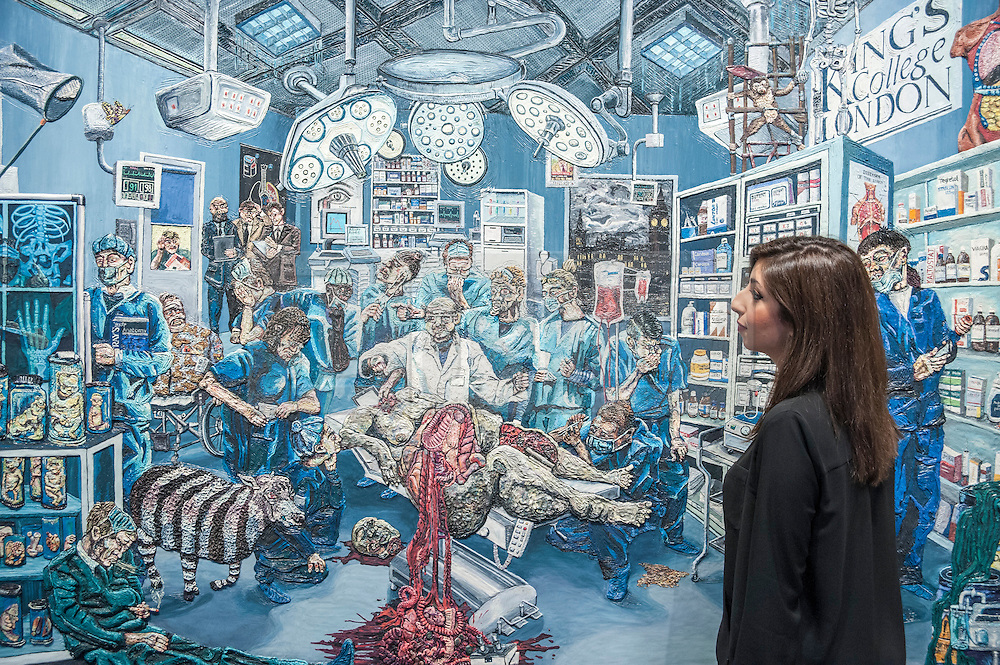