© Licensed to London News Pictures. 25/04/2020. London, UK. Two London Fire Brigade fire engines parked opposite the scene of a fatal house fire. A man has died in a house fire in Earlsfield, Wandsworth. Firefighters found the man in a ground floor bedroom. He was brought out of the property by fire crews but he died at the scene. London Fire Brigade was called at 07:36 BST and the fire was under control by 08:33 BST. Photo credit: Peter Manning/LNP 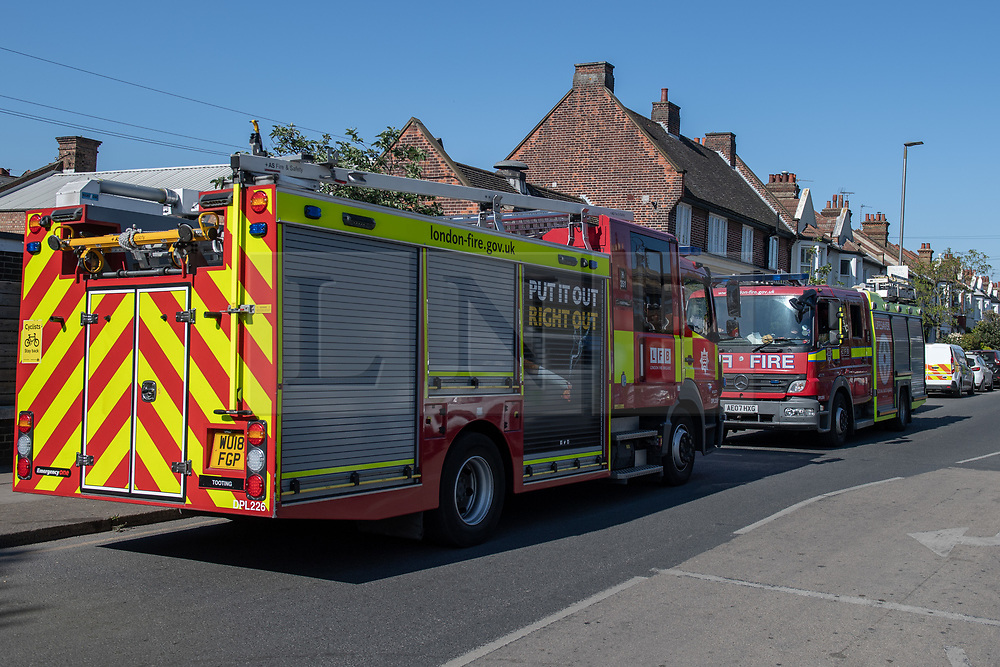