© Licensed to London News Pictures. 16/06/2017. London, UK. Large numbers of riot police make their way towards Grenfell Tower. A demonstration and march by residents and campaigners arrives at Grenfell Tower in west London following a fire at the Grenfell tower block in west London earlier this week. The blaze engulfed the 27-storey building killing 12 - with 34 people still in hospital, 18 of whom are in critical condition. The fire brigade say that they don't expect to find anyone else alive. Photo credit: Ben Cawthra/LNP 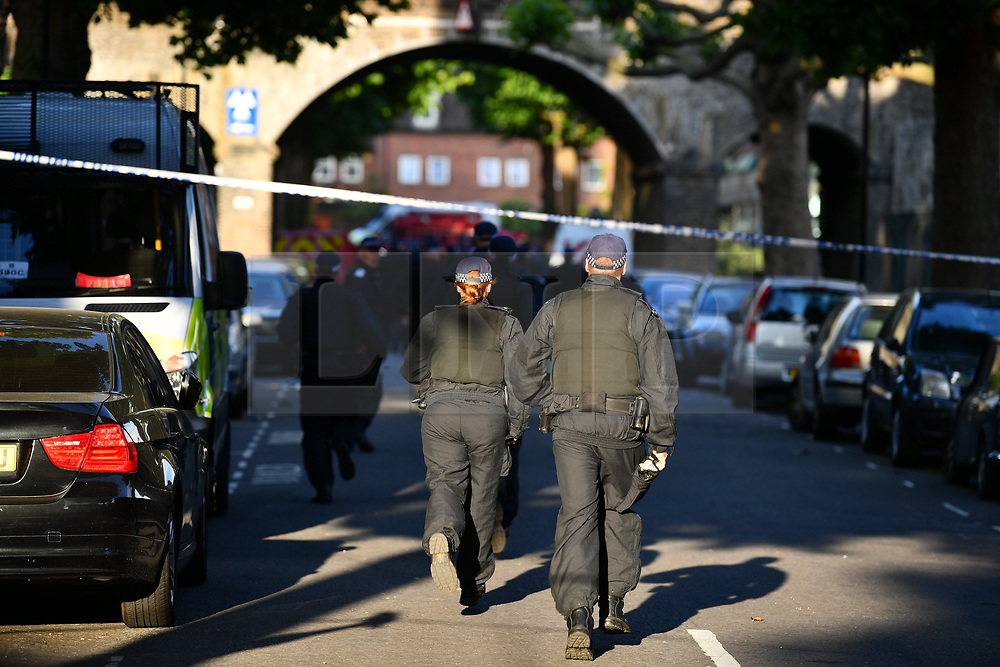