Craig Hornby from Saltburn looks at a temporary sign taped to the base of the monument on the top of Eston Nab on Teesside. A community group, of which Craig is the chairman called the Friends of Eston Hills have recently raised £15000 in just seven weeks to buy the land and return it to public ownership. Today they held a celebration on top of the Nab which is the rocky summit of the Eston Hills to mark the occasion. 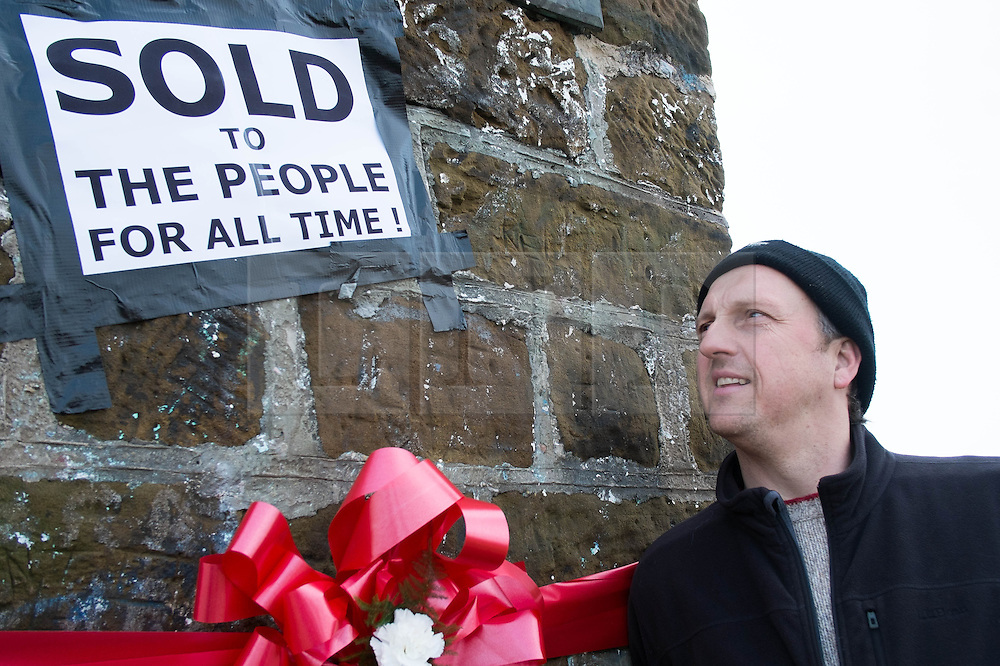