© Licensed to London News Pictures. 11/11/2015. London, UK. Labour Party leader JEREMY CORBYN running to buy a newspaper from a newsagents in Islington, north London on the day that he is due to be sworn in to Privy Council by Queen Elizabeth II. It is not known if Corbyn, who is a republican, will kneel in front of the Queen, normally a requirement as part of a swearing-in ceremony for the group that advises monarchs. Photo credit: Ben Cawthra/LNP 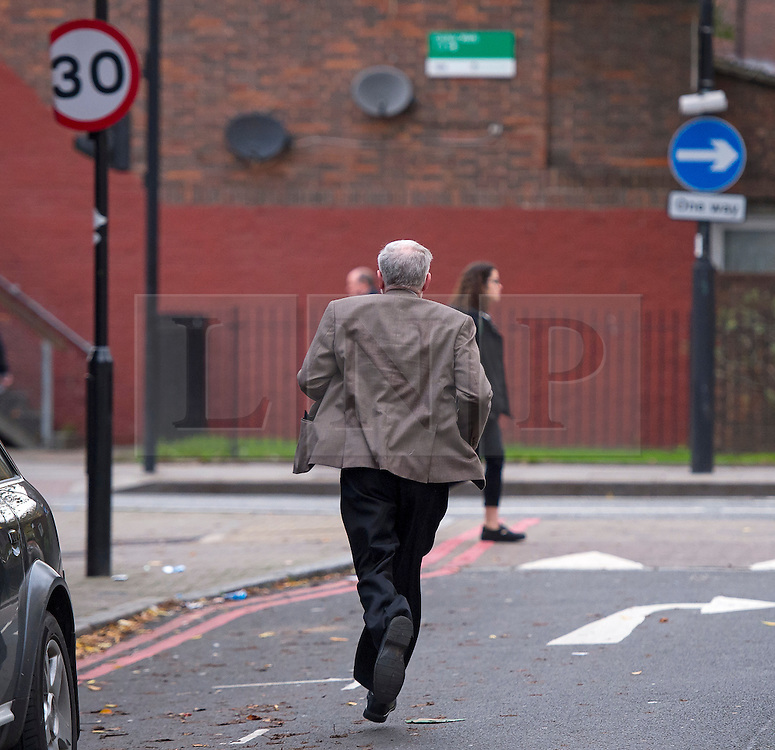