©Licensed to London News Pictures. Aberystwyth UK,31/08/2019. Over 500 people took part in a march along the seafront in Aberystwyth , Wales today, in protest at the planned ‘anti-democratic’ 5 week prorogation of parliament in the run-up to the Brexit deadline at the end of October. Similar protest have been taking place in towns and cities across the UK
The protesters were addressed by ELIN JONES, Welsh Assembly member and Speaker of the Welsh Parliament, and BEN LAKE, the local MP.
ELIN JONES announced that she would be recalling the Welsh Assembly next week to give welsh Assembly Members an opportunity to debate this issue.
Photo credit: Keith Morris/LNP 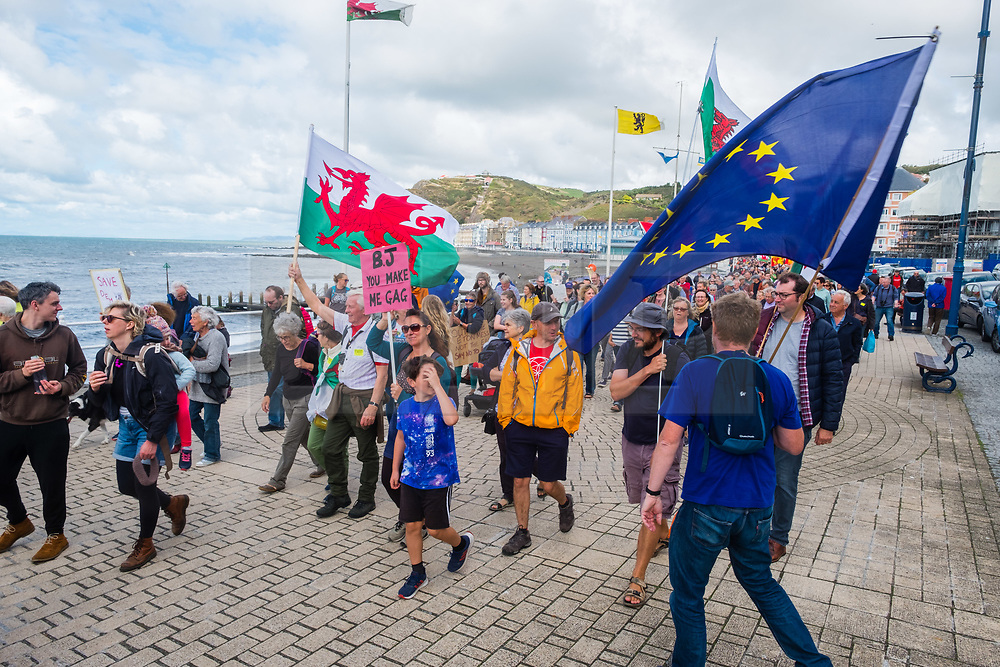